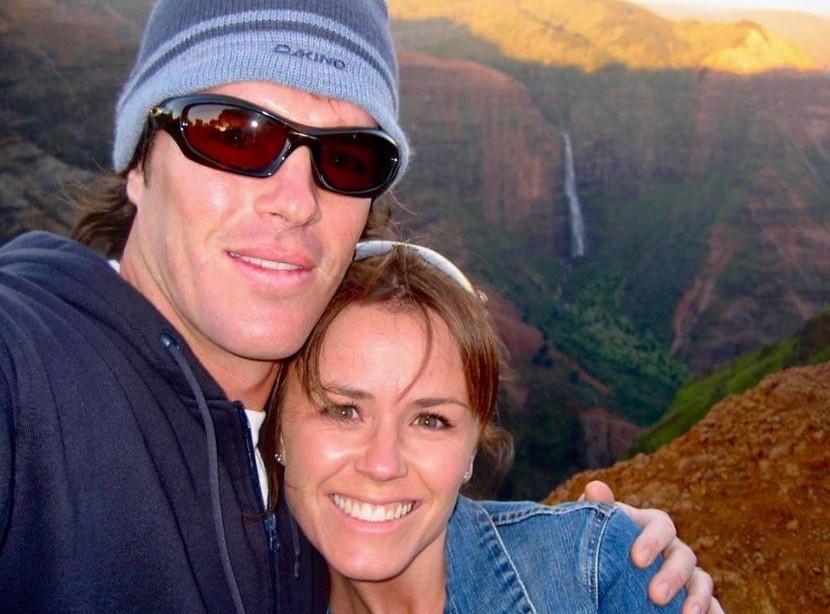 Trista and Ryan Sutter are icons in Bachelor history. They have endured many firsts together within the franchise. Trista was the first ever Bachelorette. She is also the first to marry her final choice. And, Trista and Ryan’s wedding was viewed by over 17 million people in the first Bachelor televised wedding in 2003. So what makes this special couple so successful?

Entertainment Tonight spoke with Trista and Ryan via internet chat. Trista’s season was shown Monday night on The Bachelor: The Greatest Seasons — Ever! She admits she was excited to watch their love story unfold on television again. It was a great time in her life. She met Ryan, moved to Vail, Colorado and had two beautiful children with the handsome firefighter.

She enjoyed watching her season again, but admits Ryan didn’t watch it. He recently spoke out about his decision to not watch. Ryan isn’t comfortable watching his wife with other men. He definitely does not like the kissing parts. So, while Trista had friends over to watch with her, Ryan went to hang out in the mountains with his dog.

Ryan said, “It’s actually gotten to the point where it seems like you have to sort of remind yourself you’re even on it.” He also said the show, “has been a really positive component of our life and obviously brought us together. So I can’t complain too much.”

Trista says her children are getting old enough to know and understand how she and their dad met. While their son isn’t very interested in watching, their daughter is intrigued. Trista said, “They are actually at an age where I’m OK with them watching. I think it’s part of their history, and the best part of our particular season of the Greatest Seasons Ever is that it’s like a highlight reel. So they don’t have to see everything!”

How they make marriage work

Trista and Ryan complement each other nicely. And for them their successful marriage can be attributed to maintaining balance. They are also sure to give each other enough love and attention. Ryan says he and Trista have always been equals and this makes them unique.

While he did feel somewhat like a supporting actor and she the superstar when the show first aired, in the end they are equals. Ryan said, “That’s how it is at first. And that can get uncomfortable. Especially, you know, when one person is getting tons of attention and the other person’s just sort of over at the water fountain, just drinking water and waiting to go home.” He continued, “[But] Trista did a great job of prioritizing what’s important in my life.”

Ryan also said Trista brought a lot of balance so they would be equals in their relationship.

Trista said, “I think that, you know, also marriage is hard work and we work constantly on trying to be better, and you have to. I think that there’s so many components that go into happy marriages. And we’ve been really lucky, but it takes a lot of work.”

After nearly 17 years of marriage these two are still going strong and madly in love.

New Photo Has Fans Concerned About Amy Halterman’s Weight Gain
Did Ariana Madix Change Her Stance On Having Kids?
Duggar Family DRAGGED For ‘Low Effort’ Birthday Post
‘The Young and the Restless’ Spoilers, August 2-6: Phyllis Gets Everything She Needs
Jason Tartick Reveals Embarrassing Fact On TikTok