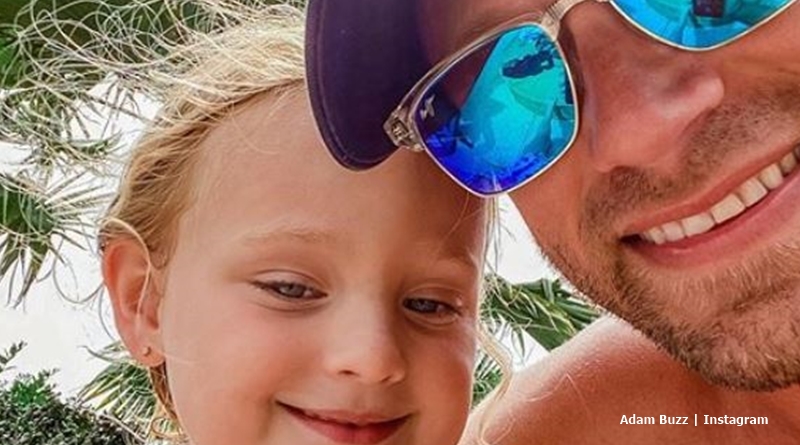 OutDaughtered only just ended Season 7. Unfortunately, the rather short season came about because of COVID-19. So, fans hope for another season. TLC didn’t announce a Season 8 for the show yet. But, Adam might have just hinted fans may see one in the future. It came when he shared a photo on Instagram on Tuesday.

OutDaughtered – Adam shared a photo that might hint at Season 8

The Busby family got in renovators a few weeks ago. Then, they went to Louisiana for a week where they celebrated Adam’s birthday week. But when they returned, the place really wasn’t habitable. Luckily, the family took a mini-vacation and went to a waterpark. On their return, Danielle and Adam made a plan for a bit of outdoor living. We reported that Danielle added some outdoor furniture and it looked rather homely.

So, fans know that it’s very likely the place looks full of old and new timber and building materials. In a photo that the OutDaughtered dad shared on Tuesday, quint Lulu stood in front of those materials. A cameraman and someone who might be a producer also featured in the picture. Adam captioned it with, “So cool to see them able to tell their story now. #lulu #outdaughtered #itsabuzzworld.” Adam’s fans immediately wondered if the photo shows them filming a new season.

Filming a new season or making a video for It’s A Buzzworld?

Many fans asked Adam if Lulu filmed for TLC. One said, “Love your family! Will this be on a new episode or on your YouTube?” Another one asked, “looks like filming a new season?” But, he never replied. In fact, the avoidance of answering those types of questions could hint the filming took place for TLC rather than It’s A Buzzworld. After all, the YouTube channel’s Adam’s venture, so no need to keep spoilers. Usually, he tells his fans in advance they can expect something on his YouTube channel. Also, Adam films a lot of his own footage for his own YouTube.

With all the timber and building materials in the background, possibly TLC films now for the next season. Fans really hope for a new season of OutDaughtered. The girls grow up so fast these days and they love seeing their personalities emerge. The show brings scenes of five lively quints and their sister Blayke. Plus, Adam and Danielle navigate parenting with their brood of active daughters. Fans like cute kids and wholesome TV shows. For some fans, binge-watching old seasons of the show helped them make it through quarantine.

So cool to see them able to tell their story now. #lulu #outdaughtered #itsabuzzworld

What do you think about the photo that Adam shared showing Lulu wth the cameras running? Do you think that Adam just hinted TLC brings the eighth season of OutDaughtered? Sound off in the comments below.