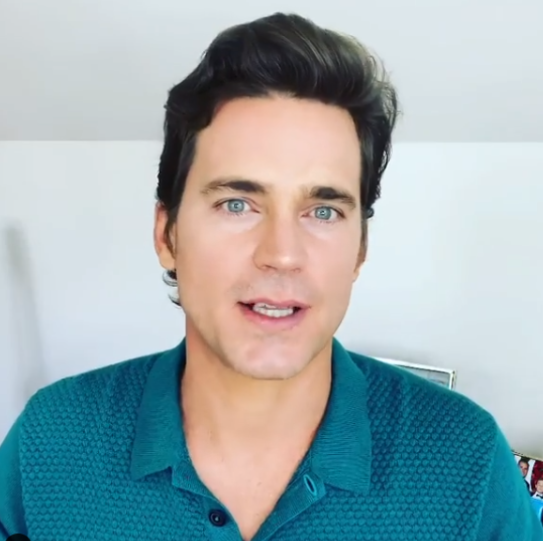 Did you know Matt Bomer was almost a Mouseketeer? The White Collar actor recently recalled his audition as a child. He actually made it quite far in the audition process! If Bomer made it through the whole process, we would have seen him alongside Justin Timberlake, Ryan Gosling, Christina Aguilera, and Britney Spears.

He says in an interview, “They lined you up and you had to sing a song. I had no song prepared, so I just sang the same song that the girl in front of me sang. It was ‘Eternal Flame’ by the Bangles,” he said. “Then I basically made up this monologue on the spot for the comedic acting part or whatever, and I kept getting called back and called back.”

Bomer made it through to an audition in Orlando but didn’t actually attend. He even prepared a song and monologue for the final audition before executives changed their mind at the last second. Matt Bomer is certainly successful in his own right today, but joining Mouseketeers possibly would have jumpstarted his career much sooner. We will never know what could have been.

Bomer is best known for his role as Neal Caffery in the hit show, White Collar. The show aired on USA Network from 2009 to 2014. Bomer recently teased the possibility of a show revival, saying there are very real discussions happening.

However, no one is exactly sure what will happen with this yet. The COVID-19 pandemic has certainly put a damper on filming. Even if writers managed to get a script together, it could still be a long time before we can safely have cast and crew in one spot. For now, fans are happy to speculate what a revival special would look like. Psych, another USA Network show, had a successful movie adaptation. Could White Collar mimic that?

Keeping Up with Matt

These days, Bomer is staying at home like the rest of us. He posts about causes close to his heart on Instagram, such as BLM and LGBTQ+. As we all unfortunately know, Pride didn’t happen this year due to COVID-19. While we all understand, it’s still a little disappointing. Since he was unable to attend the celebration this year, Bomer has been reflecting on previous Pride festivities. On June 27, he posted an Instagram photo from last year’s LA Pride parade alongside Channing Tatum and Adam Rodriguez. Bomer married publicist Simon Hall in 2011. The couple has three children together.

#fbf to my all time V-time. Love you always @halls.simon

We’re a little sad we never got to see Matt Bomer don the Mickey Mouse ears, but we’re still hopeful about a White Collar revival. How soon do you think we will hear any updates on this? Follow @MattBomer on Twitter to keep up with Matt and his current projects.