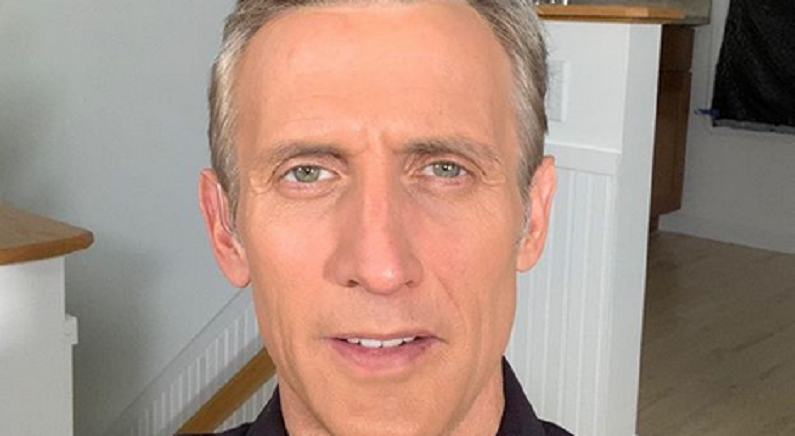 Live PD could come back. Host Dan Abrams gave Live PD Nation a glimmer of hope. The docuseries could make a return at some point. The reality series followed police officers from across the nation who patrol the streets at night.

However, A&E canceled the series amid George Floyd’s death and the Black Lives Matter demonstrations. More people than ever are calling for an end to police brutality. The network pulled the plug on Live PD shortly after Paramount Network canceled its longest-running show, Cops.

It seems impossible for Live PD to return at this point. But on Monday, July 6, Dan Abrams teased the show’s return once again.

It all started when a member of Live PD nation asked, “is Live PD coming back? Miss the show so much.” Host Dan Abrams responded, “I think A&E is doing what they said in their initial announcement, determining if there’s a ‘pathway’ forward. I hope so and think with some changes it could be an important part of the national discussion,” as quoted by The Blast.

Abrams also teased his new show, which is not in the Live PD universe. A&E canceled the #1 series on cable on June 10. The network said in its announcement that it would look for some kind of “path forward.”

I think A&E is doing what they said in their initial announcement, determining if there’s a “pathway” forward. I hope so and think with some changes it could be an important part of the national discussion. (In the meantime, I’ll have some other non-livepd show news tomorrow) https://t.co/u7coUtVfpE

“Going forward, we will determine if there is a clear pathway to tell the stories of both the community and the police officers whose role is it is to serve them,” the statement read. “And with that, we will be meeting with community and civil rights leaders as well as police departments.”

At first, A&E pulled the series from its schedule due to the nationwide protests. They made the decision out of respect for George Floyd’s family and countless others who lost their lives due to police brutality.

Additionally, the show made headlines for covering up Javier Ambler’s death on March 28, 2019. After a pursuit, police tasered him despite his cries for help. Live PD cameras kept rolling. It was revealed that the footage was destroyed shortly after.

A&E also made that decision “in consultation with the departments” that it features on Live PD. However, Abrams has teased the show’s return before.

Made a promise to viewers about the show’s return

Shortly after A&E removed Live PD from its lineup, Dan Abrams told fans that it would return. He took to Twitter to put their fears at ease.

“To all of you asking whether #LivePD is coming back, the answer is yes,” he tweeted on June 9. “All of us associated with the show are as committed to it as ever. We are still discussing some specifics but I want to assure the #LivePDNation that we are not abandoning you.”

To all of you asking whether #LivePD coming back. . .The answer is yes. All of us associated with the show are as committed to it as ever. We are still discussing some specifics but I want to assure the #LivePDNation that we are not abandoning you.

The following day on June 10, A&E announced the cancellation, as per Pop Culture. It appears that the series was canceled for the time being. Abrams didn’t agree with the network’s decision to pull Live PD during the time. He tweeted that he was “shocked and beyond disappointed about this.” However, it looks like the show could return in a different format.

There is concern that the show encourages police officers to act differently in front of the cameras. But Abrams and countless other Live PD fans claim it provides transparency on police work.

What are your thoughts? Do you think Live PD will return? Sound off below in the comments section.