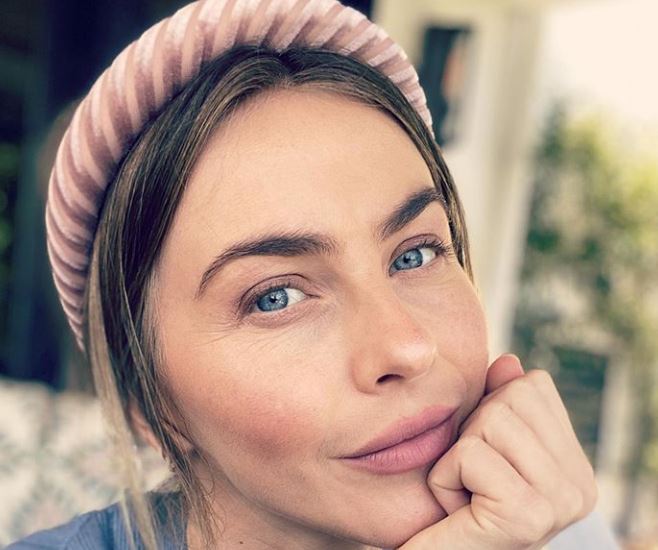 Julianne Hough may be reflecting on her life following her split from Brooks Laich. The former Dancing With The Stars judge shared cryptic quotes about “feeling depressed” and accepting “change” on Instagram Stories. “Julianne seems to be a different person then who she was when she married Brook Laich,” a source revealed.

From her recent posts Julianne shared a bunch of different emotions. The first one read, “When feeling stuck, depressed, anxious or hopeless, try taking your attention off of yourself and helping someone less fortunate than you.” She continued, “Selfless acts of service ignite life force energy in the giver.”

More selfies with this beauty while I can 🧜🏼‍♀️🐋🤷🏼‍♀️ #family #auntiejules

Julianne Hough posted about change saying, “change is hard at first, messy in the middle and gorgeous at the end.” As well as, being gentle to herself, “Take note of how you speak to yourself. There’s a difference between taking responsibility for your life and perpetually punishing yourself.”

Lastly, Julianne also shared a meme of actor Leslie Jordan. The meme read, “me after having an emotional breakdown.”

At the bottom of the post, the Safe Haven star added her own message, writing, “This!! Yup,” adding a laughing emoji.

The Way They Were

Julianne Hough and Brooks Laich married three years ago before the split. Rumors started back in May after months of speculation. According to Yahoo, “She is a deeply different person than she was when they got married, and she is proud of those differences and changes she’s made and she doesn’t want to go back,” said a source close to Hough. “He is the man he is, and he shouldn’t change a thing.”

Apparently, last year Julianne Hough discussed going through a “massive transformation” and came out to Brooks as “not straight.” Although he was determined to make it work, he was constantly questioning what changes he needed to make for her to be happy,” says a source. “Brooks was fighting with this for months and it was very hard for him to let go of his marriage.”

However, Brooks eventually gave Julianne the divorce she wanted. He felt as though he had no choice because of her behavior. Julianne pretty much pushed him to divorce her because of her actions. However, the split didn’t leave Brooks bummed. He seems to be moving on with his life and enjoying it.

Julianne Hough’s friends liked Brooks Laich, they think Brooks is an amazing, strapping dude. “They aren’t sure why she let him go or messed it up,” a source said. This is probably why Julianne is struggling with their split. “Julianne’s not doing great right now and feels like her brunette hair is a reflection of her feelings,” a source said.

Follow up with tvshowsace.com to find out the latest news on Julianne and Brooks.