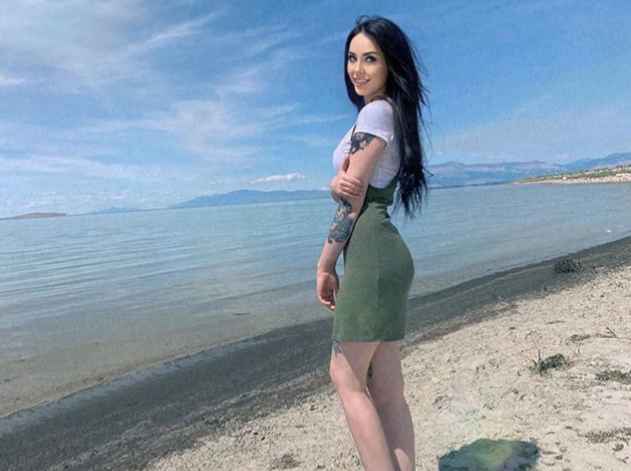 Spoiler alert! Deavan Clegg of 90 Day Fiancé: The Other Way might not stay in South Korea after all. The spoiler relates to the upcoming episode of the TLC reality show, House Hunters From Hell.  Fans surely noticed that Deavan and her mother weren’t happy when they arrived as the apartment in South Korea. They became angry that Jihoon hadn’t checked the apartment out prior to their arrival.

During last week’s episode of 90 Day Fiancé: The Other Way, Deavan and her mother are upset about the apartment. It was located in a dodgy area of the city and just wasn’t suitable for Deavan and the children.

At the end of the episode, Deavan went so far as to threaten to fly home with her mom. On top of this, both TLC reality stars have been active on their Instagram accounts. However, there have been no images posted of them both together. This has led to many fans believing that the pair has split. They speculate Clegg has returned home to America along with her mom and the children.

While the answer is currently unknown, Cinema Blend reckon they have evidence that Deavan did travel back home. This was revealed by Deavan in an Instagram Live (via Sharell’s World) and posted on YouTube a while back. In the video, Deavan responds to various disparaging comments made by fellow 90 Day Fiancé star, Geoffrey Paschel.

In the clip, Geoffrey accuses Clegg of being a bad mother. Deavan goes off about Geoffrey’s remarks. This includes saying she has full custody of her children, while he has none of his. During the Instagram Live, Deavan says, yes, she is in Utah right now, visiting her family. The portion of the YouTube video relating to Clegg starts at around 2:34 minutes in.

So, Clegg is currently in the US with her children. However, this doesn’t seem to relate to the apartment in South Korea. Naturally, under her NDA with TLC, she can’t reveal full details of why she is there. Meanwhile, it is also unclear whether Jihoon is with her.

It is clear from Jihoon’s YouTube channel that he and Deavan were together in South Korea during March. This was when the COVID-19 pandemic hit. In fact, the 90 Day Fiancé stars had to cancel a trip to the States due to the quarantine. However, they were hoping to reschedule the trip. Deavan’s trip to Utah could be related to that trip, but it is not yet clear.

The 90 Day Fiancé couple does appear to still be together. This is following a comment Deavan made on Jihoon’s Instagram account relating to his “equipment.” Let’s just say, she is standing up for her man!

So, they are currently fighting on Season 2 of 90 Day Fiancé: The Other Way. However, things could have worked out for them since then. It is difficult to tell, as the show always runs a little behind real life. Here’s hoping things to work out for Deavan and Jihoon and the two children in South Korea!

Catch 90 Day Fiancé: The Other Way on Mondays at 9:00 pm ET on TLC to find out what happens next.