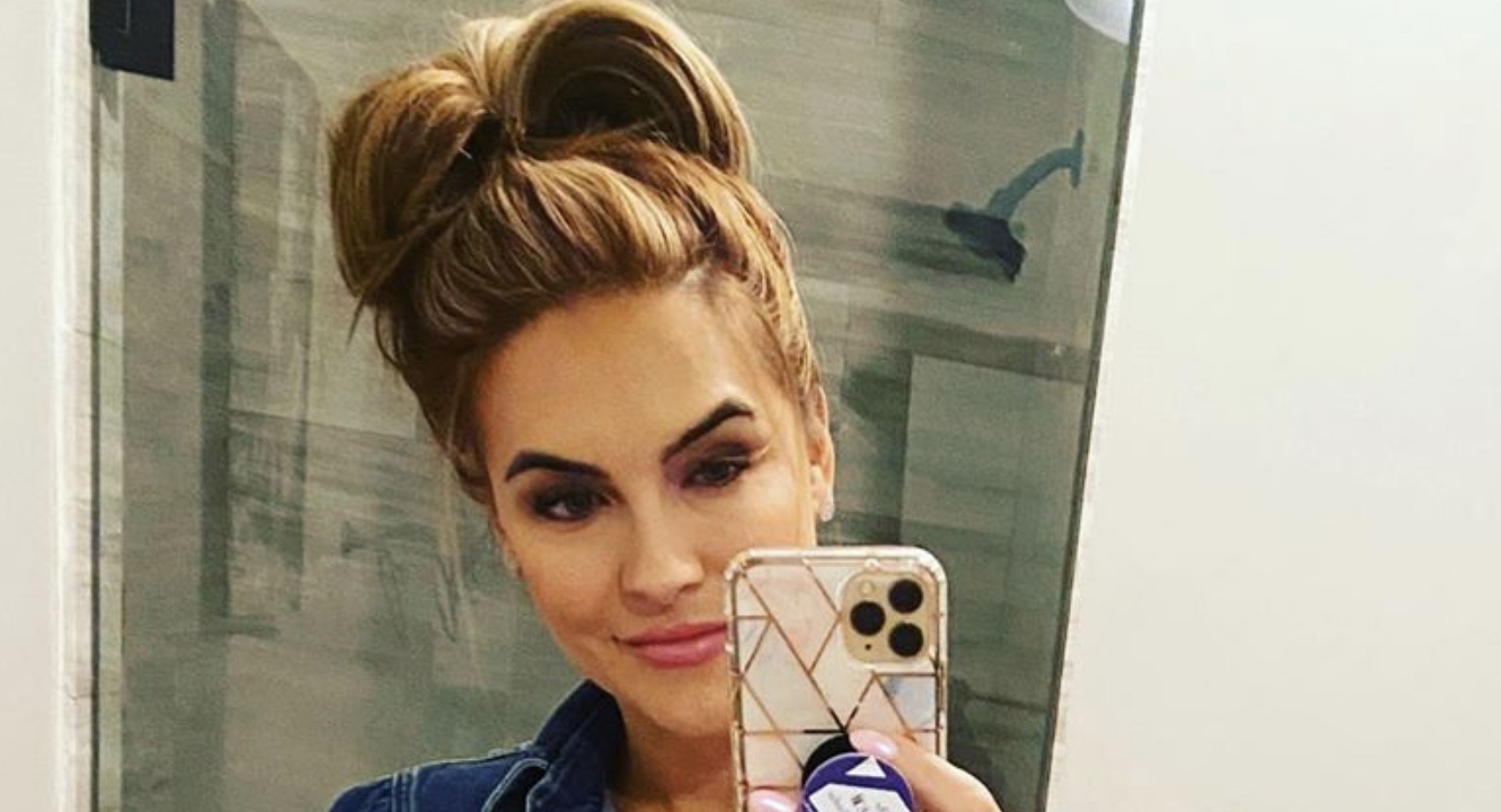 As Americans were social distancing and celebrating the weekend of the Fourth of July, Chrishell Stause went to Twitter to voice her concern about Kanye West putting his hat into the 2020 presidential election. “Well I’m sorry but this is an incredibly important election and to try and distract and use it as a publicity stunt is beyond even what I thought Kanye was capable of. If that point of view makes you no longer like me-so be it.”

Yet, Chrishell knows she cannot change his mind. Instead, she realizes that West’s shapely wife may be the only person that can reach the recording star.

According to The Blast, Chrishell responded to Kim Kardashian’s retweet. She retorted to the mother of four, “You are only hope to stop this disgusting joke and distraction he is pulling. Please.” Showing her earnestness, Chrishell Stause ended the missive with the praying hands emoji.

Chrishell was referring to Kanye West’s Twitter announcement. He wrote: “We must now realize the promise of America by trusting God, unifying our vision and building our future. I am running for president of the United States! #2020VISION”

Elon Musk supported Kanye’s announcement, but many more supported Chrishell’s plea. Former All My Children star Eden Reigel wrote, “Bravo! Keep up the! You’re amazing, Chrishell!” Another fan wrote “You are 100% spot on, Chrishell. This entire charade is so disgustingly transparent, and a mockery of the democratic system.”

Most people suggested that since Kanye is a friend of Donald Trump, the rapper’s election bid is meant to take away votes from Trump’s opponents and help his reelection bid.

If you can’t laugh at yourself, many people will do it for you! 🤷🏻‍♀️😆🤦🏻‍♀️🤡😬 • #SellingSunset #NowStreaming #Netflix

Chrishell Stause is not the only person who is not amused by Kanye West’s presidential bid. The Lizzie McGuire star Hilary Duff had posted on Instagram her concern for the lack of masks everywhere she went. She ended the post, “Oh and I’m running for President.”

Unlike Chrishell Stause, who is concerned about the election in general, Hilary clearly saw the Yeezy’s founder’s announcement as just plain ridiculous. And the Younger star was calling it as she saw it!

What is clear is that both Chrishell Stause and Hilary Duff are serious about the election and the other chaotic things going on in the United States. Chrishell has been very serious about wearing a mask and has posted support for Black Lives Matter on her social media. This is quite different from her red carpet posts of 2019.

Then again, Chrishell Stause has been on a roller coaster ride this past year. Besides being blindsided by her ex, Justin Hartley, she lost her dad to cancer and now her mom is battling the same type of lung cancer.

But, Chrishell still has a smile of optimism. This is why so many fans support her.