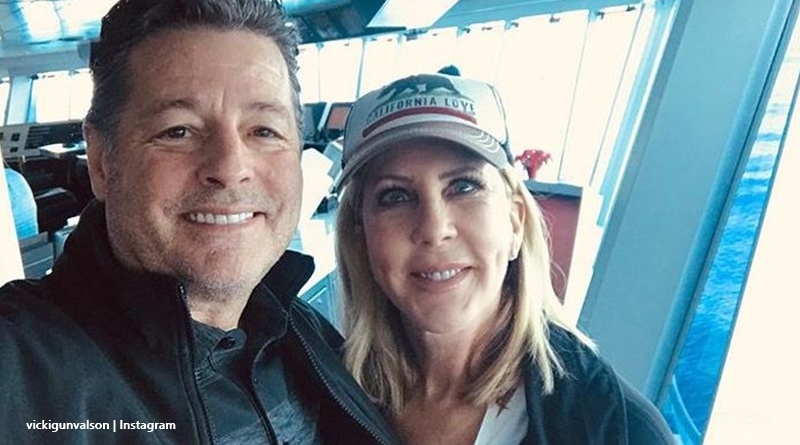 RHOC fans know that Vicki Gunvalson kept a two-week condo where she stayed when she visited her favorite place, Puerto Vallarta. Recently, she purchased another condo in the same place and she shelled out some cash for renovations. In fact, only about a week ago, she packed up all the linen and other stuff for the condo and went on down there. Now the Real Housewives of Orange County alum revealed photos of the inside and the place looks stunning.

We reported that on the weekend, Vicki took to Instagram and spoke about her dream home. She said, “Work hard, pay your bills on time, pay your taxes on time, dream BIG and guess what…. sometimes your dreams come true.” Vicki plans on spending a lot more time in her little paradise. Now that she’s done with Bravo, why not? After all, The Real Housewives Of Orange County dumped her. She plans on living in the USA for now but hopes to get down to her new condo way more often.

One day, her new condo will become the RHOC alum’s retirement home. Fans only saw the outside of the new condo before now. But, Vicki released some photos that show the views and the inside of her new home. She previously told fans that most of the remodeling got done via remote consultation with the renovation. Mind you, most people would probably camp out on the floor for an opportunity to stay there. The stupendous view is simply to die for.

Work hard, pay your bills on time, pay your taxes on time, dream BIG and guess what…. sometimes your dreams come true Having a place in @puertovallartamexico that I could go to anytime I want when “life” gets too stressful is what I have always wanted as I approach the “golden years”. Life here is simple, the people are “kind” and life just seems to be more important to take every day as a big GIFT. Thank you for everyone including @stevelodge_oc who has supported this crazy ass dream of mine. So far, no regrets. #iloveithere❤️ #needmyfamilytime #imhappy #thankful #grateful #cotoinsurance #mybucketlist

Vicki took to Instagram on Monday night and shared that people could now see her remodeled condo. The photo showed her standing on the balcony. With lots of glass and white paint, the scene looks uncluttered and serene. In the distant background, the sea glittered. But, she also told fans that they could see more pictures if they clicked a link in her bio. She exclusively released photos to Celeb Magazine. The outlet shared 11 photos. One showed the couches and sitting area. Solid and simple furniture looks very comfortable and cool.

Another one showed the RHOC alum’s hot tub on the balcony with a view over the ocean. And from the balcony, anther shot showed the blue pool, the white beaches, and the sea way down below her condo. The bedrooms all come with ocean views and again, the light makes the place looks like a cool retreat in a tropical paradise.

The kitchen area also looks functional and compact but well organized. it certainly looks like the RHOC alum put a whole lot of thought not her beautiful new condo. It looks like Vicki Gunvalson pans for a life with simplicity and understated style in her golden years.

Josh Duggar’s Arrest May Not Be The REAL Reason ‘Counting On’ Is Over
Isabel Roloff Shows Off Baby Bump In Skintight Dress: ‘Hot Mom Summer’
Audrey Roloff Blames Pregnancy, Struggles To Support Jeremy’s Endeavor
Amy King Teases That Jill Duggar May Be Working On A Tell-All Book
Todd Chrisley Defends Lindsie’s Recent Run-In With The Cops