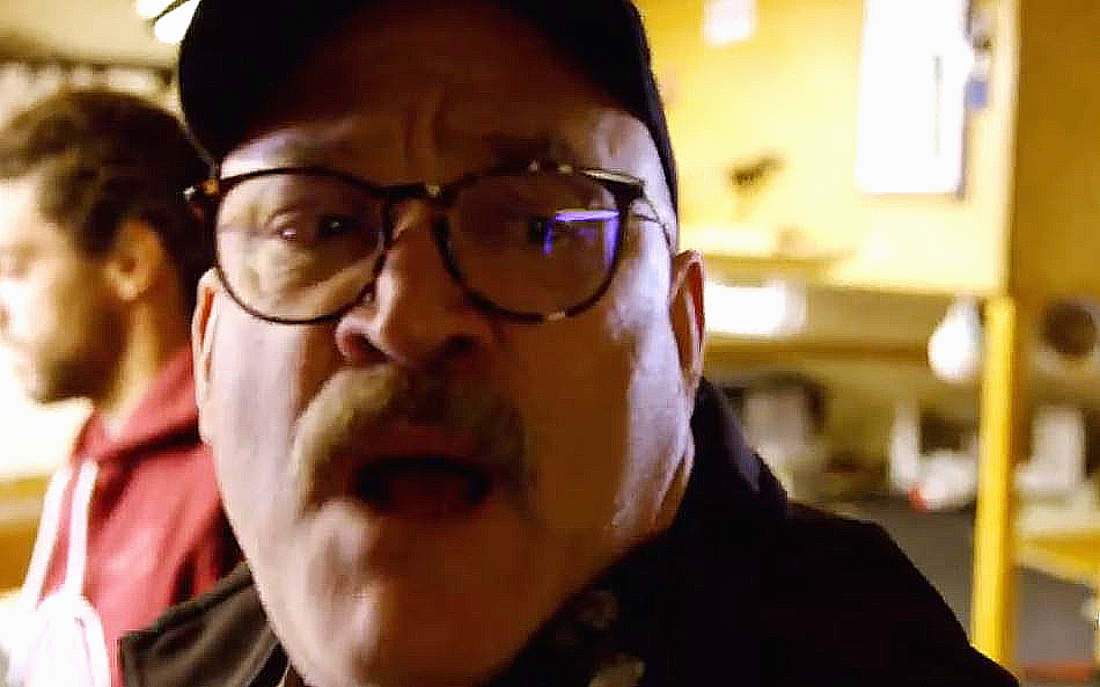 On tonight’s Deadliest Catch for Discovery, it’s an all hands on deck dramatic turn for Captain Keith Colburn’s F/V Wizard as the boat catches fire while out at sea.

The ensuing panic is caught on TV Shows Ace exclusive preview embedded below.

In the clip the action moves quickly as we see the crew alert Keith in the captain’s cabin. Keith proceeds to order his men to shut down all the breakers and kill any electrical power that is the likely source of the smoke.

The small of the fire is electrical too and that helps them figure out where the issue is.

The clip opens with a deckhand telling Keith that they smell smoke.

The description is that is electrical, and “smells like a clutch.” Further examination during a fast-moving scramble to secure the boat leads the deckhands to hone in on the Cadet heater, a problematic source for other ships according to these experienced fishermen.

But it is Keith’s orders to “kill the breakers”that ead him to explode at one deckhand who is confused on what to do, exactly. He asks Keith which ones to cut.

In the clip, Colburn loses his temper and yells at him, saying: “All of them!”

They get it under control thankfully, the protocol being that the entire engine and wiring needs to be examined. But the aforementioned Cadet heater is the likely culprit according to the deckhands in the clip.

The deckhand examines the heater and says: “Oh yeah there you go… black in here. These Cadet heaters have burned down moreboats than pretty much anything has. These things are dangerous.”

Deadliest Catch is now in its 16th season and Captain Keith Colburn, owner of the F/V Wizard, has over 35 years under his belt fishing for a living.

Colburn is not a legacy fishing captain like Sig Hansen or the late Phil Harris, but someone who started from scratch as a greenhorn at age 22.

In the early 90’s he purchased the 152-foot Wizard, the largest in the fleet.

In a telling interview with Boating magazine,  he mentions his at-sea safety plans:

“There are so many mistakes, but the worst is not preparing for a worst-case scenario, be it anything from bad fishing to mechanical failures. If you don’t have contingency plans, things can get tragic. Boaters can apply this by having a float plan so someone knows where you are. Also, make sure you have a safety talk before you depart to point out safety gear, fire extinguishers, operating basics, and how to use the electronics. What happens if the captain hits his head? The crew can’t respond if they don’t where the safety gear is located. I am also a huge advocate for wearing life jackets. Ask if everyone knows how to swim. If not, make sure they wear a life jacket. “Safety First” is not just a billboard. It’s a way of life, and it inspires confidence in the skipper.

Tine in tonight to see how Captain Keith navigates this hiccup at sea, saving the F/V Wizard: