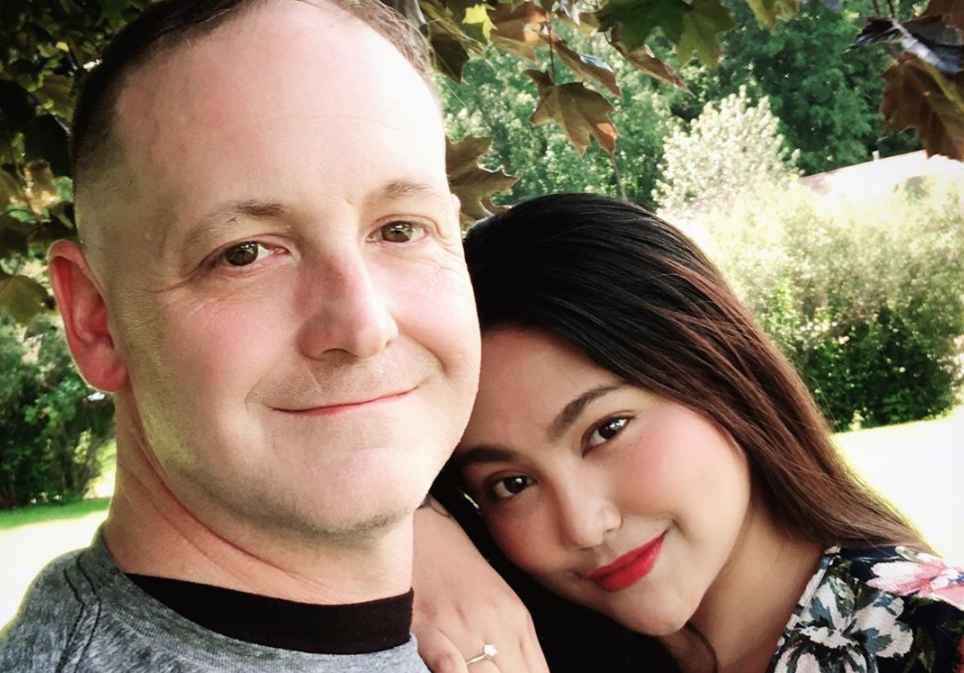 90 Day Fiancé alums Leida Margaretha and Eric Rosenbrook became famous during their time on the TLC reality show. However, this was for all the wrong reasons. Fans may remember Leida insisting Eric stops paying his child support in order to spend more on their wedding and furnishings. Besides that, Margaretha also kicked Eric’s daughter, Tasha, out of her own apartment. Even worse, Leida filed a restraining order against Tasha. On top of this, her husband took her side and helped with the process.

While all that was nasty, it seems family relations have improved since Leida and Eric appeared on 90 Day Fiancé. Rosenbrook appeared on the Domenick Nati Show on July 4 to talk about their latest news.

During his interview with Domenick, Eric vaguely said things had been “talked out and worked out.” All along, he kept things very unspecific and vague, making it difficult to know if he was talking about Leida or Tasha. Rosenbrook went on to say he does have a relationship with his daughter Tasha. However, he says it is “kept down low.” Some fans assumed he meant he was keeping their relationship out of Leida’s eye. He did say unfortunately, some of the things that had been done, could not be undone.

Rosenbrook continued by saying they don’t do much together. However, he did say he and Leida visit his father and do low-key “family stuff.” Eric did say Leida and Tasha have done some conventions together. Eric and Leida see Tasha every couple of weeks or so. According to Eric, this depends on their schedule and Tasha’s.  This makes it sound like the restraining order has definitely been dropped against Tasha.

As can be seen in the video of the interview by Domenick Nati, viewers left their impressions of the couple. Most of these comments are not positive!

Meanwhile, besides the family problems, Leida has been in trouble with a fellow 90 Day Fiancé cast member. Laura Jallali apparently accused Margaretha of photoshopping an image of Laura with a black eye. As Leida has regularly posted edited photos of herself, she apparently has the skills to do this. Leida denies doing this, saying she didn’t “make the black eye.” She says she hasn’t talked to Laura since she blocked her over this issue. Margaretha says she was just concerned about Laura. On top of this, Eric claims Laura accused Leida of leaking a tell-all episode of 90 Day Fiancé earlier in the year.

Continuing to be nasty, however, Leida spoke about another 90 Day Fiancé cast member, Ashley Martson. Margaretha claims Ashley doesn’t have lupus, while Rosenbrook said Martson had been taking advantage of them. However, he did reverse what Leida said about Martson and lupus, by saying they didn’t know if she has it or not.

As noted by The Blast, Leida and Eric might no longer be a part of the 90 Day Fiancé community, but they sure do like to make trouble where they can. Domenick asked the couple if they are likely to be on the TLC reality show again. They said TLC has asked them several times to appear on Happily Ever After. However, they declined. Eric says they counter-offered, asking for $5,000 per episode, but were turned down. Eric accuses TLC of editing conversations to show them their way.