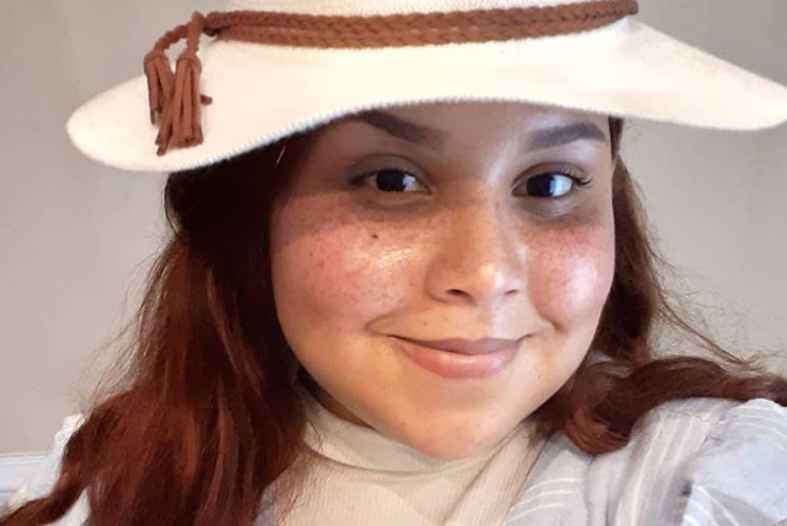 90 Day Fiancé star Chantel Jimeno’s sister, Winter Everett, has revealed an impressive, 50-pound weight loss. Winter posted a series of images to Instagram over the Fourth of July weekend. The photos show a dramatic contrast of Winter’s physique. One image, taken a few years back, shows her when she was around 330 pounds. The second image reveals Everett, looking good after losing that amazing 50 pounds.

In the images posted by Winter, she says the image on the left was the heaviest she has ever weighed. She admits she has gone through many “unfortunate situations” and her focus has been “directed outward.” Winter fully admits her health was not a priority at the time.

In fact, Winter says her body had been “screaming out for help.” However, she didn’t know where to start. Chantel’s sister decided to set herself a fitness goal. She also managed to change her perspective on life. Because of this, Winter found her extra pounds started coming right off.

It seems 2020 was the charm, as Winter says this year she “completely changed” her focal point.  She decided to stop focusing on what she wants and rather focusing more on who she is. Everett admits it wasn’t an easy road, but she has made it. She jokes that is it “only down from here!” obviously referring to her weight. This is a great attitude to have so she is guaranteed to continue to lose those extra pounds.

The picture on the left was taken a few years ago. Back then I was around 330 lb. That was the heaviest I had ever weighed. So many unfortunate situations surrounded me and my focus was directed outwards.During that time, my health was definitely not a priority. My body was screaming out for help but I did not I know what to do. Recently, in 2020 I completely changed my focal point. Instead of focusing on what I want I tried to focus more on WHO I AM. I'm happy to say that I have officially lost 50 lb since then. It was not an easy road but I made it. It's only down from here! 🤗⬇️🤗⬇️ #transformation #plussizeworkout #atlanta #plussizefashion #plussizedandfit #peace #loveyourself #whoareyou #happy #weightloss #wintericy #weightlossjourney #lowcarb #beforeandafter #thefamilychantel

Winter’s family is so proud of her

As reported by In Touch, having seen Winter’s amazing weight loss and transformation, her and Chantel’s brother, River Everett, said how proud he is of her. He says she looks great.

90 Day Fiancé: Chantel Everett and Pedro Jimeno Updates At first, "90 Day Fiancé" stars Chantel Everett and Pedro Jimeno seemed to be a (…) Do you want to know more? Enter at www.omundoonline.com! The link is in our bio. Click on and go there! And do not forget to like our page on Instagram to more news! #chanteleverett #pedrojimeno #90dayfiance #90diasparacasar #todoen90dias #tlc #tlcnetwork #tlcbr #tlcbrasil

The TLC reality star shared a shirtless image along with details as to how he obtained his impressive six-pack. He reckoned it took seven months of hard work and commitment to go from 210 pounds to 165 pounds.

Pedro and Chantel were first seen by fans on Season 4 of 90 Day Fiancé. The pair continued their journey on Season 1 of their own spinoff, The Family Chantel. For the most part, Pedro and Chantel keep their relationship away from social media. However, when they appeared on the TLC limited series, 90 Day Fiancé: Self-Quarantined they opened up about their relationship. They confirmed they are still together. During an episode in May, they spoke about the good side of being forced to stay at home during the COVID-19 pandemic.

During that episode the show, Chantel says it was actually nice, even though Pedro was doing his gaming. Meanwhile, she was busy doing her nursing school homework. Chantel said just being together in the same area, even though doing different things, is really nice. Moreover, sister Winter was also being highly productive during the lockdown! Let’s wish everyone in the family all the best with their ongoing health!