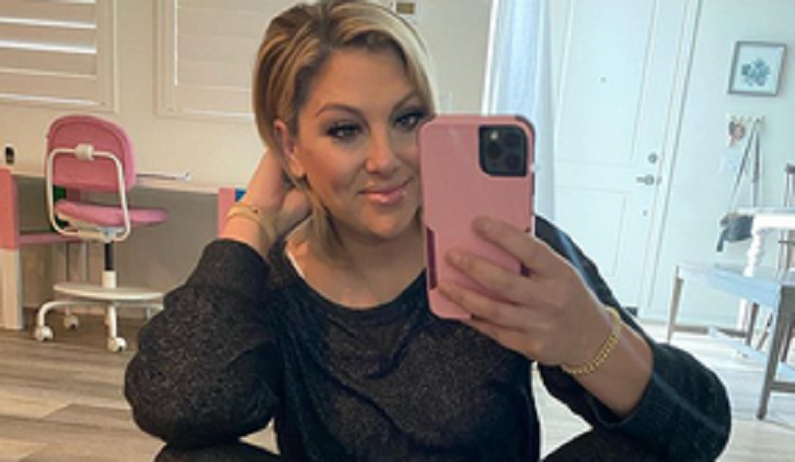 Gina Kirschenheiter confirmed that she’s filming RHOC. This comes months after the show’s hiatus due to the coronavirus pandemic. On Monday, July 6, Gina took to Instagram to confirm that she’s filming the fifteenth season of the series with Bravo.

The New Jersey native posted a glam photo in her Instagram post. It’s the first confirmation that the show resumed filming. Also, Kelly Dodd returned to California with her fiancé Rick Leventhal, who will make his debut on the new season. Like Kelly, Gina may even show off her new boyfriend on the show.

These RHOC ladies aren’t shy about showing their lives.

As per Inquisitr, Gina Kirschenheiter resumed filming The Real Housewives of Orange County for Season 15. This comes just months after the show went into hiatus amid the coronavirus pandemic. Gina shared this photo of herself wearing a silver snake print dress and shorter hair.

Poof! Back at it! From my garage but still…. #rhoc #bravo #spillingthetea.. glam by @shayshayrenee #glamsquad #matchmaker ❤️

Over the weekend, Gina celebrated the fourth of July with her boyfriend, Travis Mullen, and their combined six children. The couple moved in together back in February.

“Poof! Back at it! From my garage but still…..” Gina wrote in her post.

Most of Gina’s fans wrote that they liked her new hairstyle. They feel that it’s much better than the long platinum extensions she rocked during Season 14 last year. Others said they can’t wait to learn more about her new boyfriend, and if he will be on Season 15.

In addition to Gina Kirschenheiter, Braunwyn Windham-Burke, Kelly Dodd, Emily Simpson, and Shannon Beador are said to return to The Real Housewives of Orange County for Season 15. However, two won’t be returning and that’s Tamra Judge and Vicki Gunvalson. Both ladies announced their respective exits from the Bravo series earlier this year.

While Tamra won’t return to RHOC, she maintained her friendship with Gina. And during an interview on Behind the Velvet Rope with David Yontef, she had nothing but good things to say about Gina. She believes that her former co-star keeps it real, even when the cameras are rolling. She also feels that Gina is smart about her life and the choice she’s made for her family.

“[Gina’s] salary is gonna go up and her lifestyle will adjust to it, but she’s not trying to pretend,” Tamra said, as per Reality Blurb.

I started working out again bc I’m sick of coming in my closet annnndddd nothing fitting 😵😵😵😆😆😆😆 What’s your favorite current work out song/artist to work out to??? I need a good playlist!!! Sound off below people!! ❤️💪🏻🙌🏻 #getfit #timetowork #musicmotivation

Tamra doesn’t think that Gina will change as the seasons go on. Earlier this year, Gina purchased a home for her and her new family, which includes Travis, his three children, and her three children, which she shares with former husband, Matt Kirschenheiter.

Meanwhile, Tamra slammed her other ex-castmates by suggesting they don’t have real jobs or any other income aside from their roles on RHOC.

What are your thoughts on Gina Kirschenheiter returning to The Real Housewives of Orange County? Sound off below in the comments section.

Is This A Sign ‘Bringing Up Bates’ Will Be Canceled?
See New Photos Of Lawson Bates Like You’ve Never Seen Him Before
Audrey Roloff Tells All: Does She Want More Kids After Number Three?
‘RHOBH’: Dorit Kemsley Suffering Money Troubles Owes IRS $1.3 Million
‘Arthur’ Fans Grieve Over News Of Long-Running Show’s End