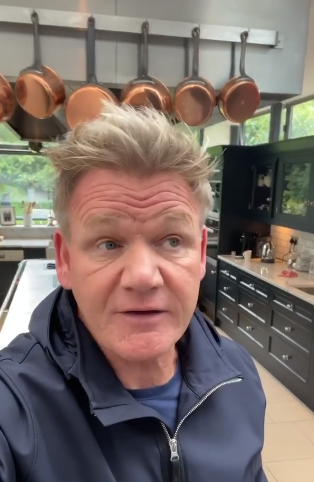 Culinary fanatics rejoice! Restauranteur Gordon Ramsay has recently announced his London eateries are able to reopen. If you’ve ever longed to eat at one of his fabulous dining establishments, here is your chance. Ramsay posted an Instagram video on July 4 to announce the good news.

Like many other restaurants around the world, Ramsay’s restaurants were forced to close the dining room to prevent the spread of COVID-19. However, the locations still had carry-out options. We’re just as excited as Chef Ramsay that his dining establishments can safely reopen.

“These last three and a half months have been so testing, testing for every chef in the country, every waiter, all the families involved in restaurants. But what has been proven is how important the hospitality sector is because it gives such joy,” Ramsay says in the video.

Many people still experience anxiety about eating in a restaurant during the pandemic, but Ramsay wants to put fears at ease. He says, “We’ve taken all the measures necessary to keep the team safe and, of course, our customers.”

Although he can be a little harsh on his television shows, it’s always been apparent that Ramsay cares deeply for his staff and customers. Anyone who is able to make it to one of his restaurants is in for a well-deserved treat. Have you ever eaten at one of Chef Ramsay’s establishments? Let us know what you tried and how it tasted. We’re dying to grab a bite at one of his spots someday.

Chef Ramsay kept fans entertained during the pandemic by posting cooking tutorials and pictures of his creations on his Instagram page. Have you seen his signature burgers? It looks absolutely tantalizing. Follow @gordongram to keep up with his posts.

In addition to his many successful restaurants, Chef Ramsay stars in many entertaining television programs. One of his most recent adventures is the show, Gordon Ramsay: Uncharted. We all miss the late, great Anthony Bourdain, but Ramsay’s latest show has a similar feel to Parts Unknown. In one of the most recent episodes, Ramsay explores Guyanese cuisine and snacks on a tarantula.

You can also see Ramsay in his cooking competition shows, Hell’s Kitchen and MasterChef. Fans are still speculating about the existence of the upcoming 11th season of MasterChef. Without a doubt, the pandemic has certainly caused chaos for film crews that are trying to tape shows right now.

For now, fans can continue to follow Chef Ramsay on Instagram and catch reruns of his shows on various streaming platforms. We’re very thankful that a few of his restaurants are now open for the public to enjoy. Let’s hope the rest of his eateries can follow suit.

‘LPBW’ Jackson Roloff Has What It Takes For His Own Show?
‘LPBW’ Tough Jackson Roloff Shows Dad What He Is Made Of
Artem Chigvintsev And Nikki Bella Celebrate Their Son’s First Birthday
Katie Thurston Proves She’s NOT The Master Of Disguise
Katie Joy Breaks Silence As Todd Chrisley Sues Her