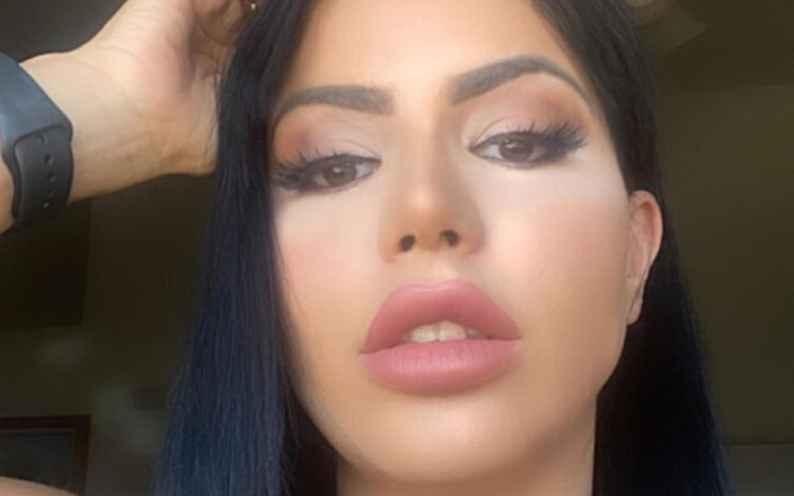 Since her divorce from her ex-husband, Colt Johnson, 90 Day Fiancé: Happily Ever After? star Larissa dos Santos Lima has been in the headlines. The latest from the TLC reality star is her use of plastic surgery. While Larissa is trying to look better, trolls are attacking her, accusing her of trying to look like Michael Jackson. She immediately clapped back at the trolls.

90 Day Fiancé: Happily Ever After? star Larissa and plastic surgery

Larissa dos Santos Lima participated in an Instagram Q&A with fans. She opened up about her ex, Colt Johnson, her move to Las Vegas and her new OnlyFans account.

Initially, things went well with the Q&A as one follower asked whether she was planning to continue living in Las Vegas. They reckoned Los Angeles and Miami were definitely more her. Larissa responded, saying people believe she is a “party girl.” She says, no, saying she hates Los Angeles. In fact, she hates living in big cities and loves small cities. She added she doesn’t like Miami.

Another fan wanted to know why Larissa didn’t stay married to Colt. Larissa says the answer didn’t matter, but she told fans to continue tuning in to the show.

Naturally, one troll decided to attack Larissa over the plastic surgery she has been having. The troll and others believe the TLC reality star wants to look like the late Michael Jackson. When someone questions her directly, “Do you want to become Michael Jackson?” Larissa is quick to respond.

The 90 Day Fiancé star handles the question well. She says people believe they can offend her, but she loves Michael Jackson. Larissa says she loves the “exaggerating look.” She reckons if she could look like Jackson, it would be “love, love.”

Continuing her Q&A, Larissa tells everyone to stay inside and not hang out in crowds outside. According to the TLC reality star, the coronavirus is going to spike and she wants her fans to be safe.

🦋 I want every girl to know that her voice can change the world. #90dayfiance

As noted by The Blast, Larissa’s latest beau, Eric Nicholas, has recently opened an OnlyFans account. His fans have the opportunity to pay $25 a month to view Eric’s explicit content. According to Larissa, it is worth it. She says she believes it is “worth $50 Eric’s sexy physique.” Larissa promises fans won’t regret it, and she knows what she is talking about.

Keep up with the latest on 90 Day Fiancé: Happily Ever After? Sundays at 8 pm EST on TLC.