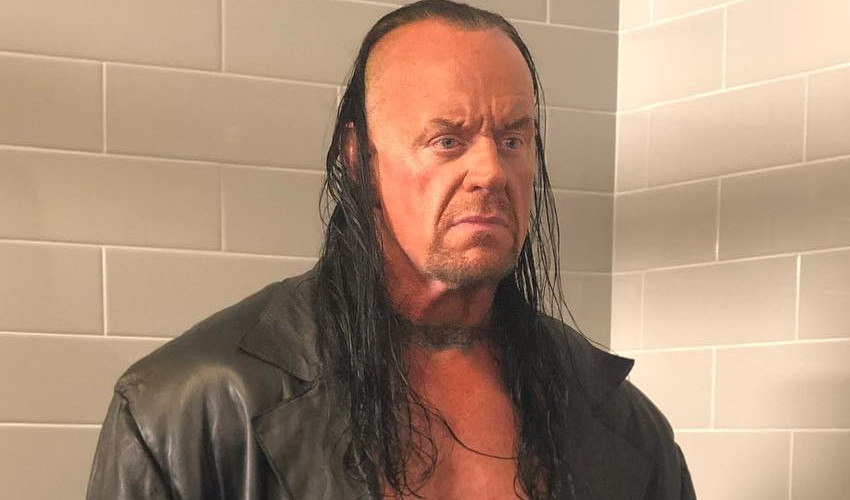 Every WWE fan has a dream match of current or former wrestling stars they’d like to see in the ring. Even the wrestlers themselves have dream opponents. WWE icon Sting recently teased fans by alluding to his dream match-up: The Undertaker.

The Undertaker Maaaaaybe Retired With The Last Ride

Mark Calaway joined the WWE (then-WWF) in 1990 as The Undertaker. He quickly became a fan favorite with his dark theme, eerie music and manager Paul Bearer. The Undertaker’s signature move is The Tombstone Piledriver.

After 30 years of wrestling, The Undertaker struggles with the idea of retirement in the WWE documentary The Last Ride. He seemingly retires in the last episode of the doc, which is available on the WWE Network.

In the trailer, The Undertaker seems to resign himself to ending his career after 30 years.

However, the Inquisitr reports that he’s open to returning if Vince McMahon finds himself “in a pinch” creatively.

Sting, or Steve Borden outside of the ring, began in the WCW (World Championship Wrestling) in 1987. After the WCW folded, he briefly joined TNA (Total Nonstop Action.) It wasn’t until 2014 that Sting caved and joined the WWE.

In his early years, Sting’s ‘gimmick’ was bright face paint. However, in the mid-90s, he took a page from the movie The Crow with white face paint and black lines. Wearing a black trench coat, Sting would rappel down from the rafters to surprise opponents.

One opponent fans never got a chance to see Sting wrestle is The Undertaker. While Sting hasn’t officially retired yet, he’s no longer under contract with the WWE. But still, his dream match is with ‘Taker.

Late last month, Sting took to Twitter to tease his fans with the idea of the iconic match-up. He retweeted an old photo from his early wrestling days. In the throwback, Sting is making his entrance on a motorcycle, bright blue and purple paint on his face. His caption said, “Who wants to take a “last” ride with Sting?”

Who wants to take a “last” ride with Sting? https://t.co/6JT1EC3mbx

Fans immediately jumped on the implication of a match with The Undertaker.

Unfortunately for fans, The Undertaker shot down the idea of a match with Sting during an interview with Comic Book. He said that while he would “never say never,” it wouldn’t live up to expectations.

The Undertaker admits that the match sounds great “on paper. However, the reality of it would diminish both icons. He says,

“I don’t have the mobility or the same skill set that I once did that I would need to make that match great.”

He could see it happening 10 years ago, but not so much now. Especially given that both wrestlers are basically in unofficial retirement.

Aside from a Sting/Undertaker matchup, tell us your dream matches in the comments.

Be sure to tune into Raw Mondays on USA network and Smackdown Fridays on Fox.

Stassi Schroeder Reveals Why Baby Hartford Eats Bread
Chrishell Stause Vacations In Paradise With Her New Man — Who Is It?
Wait, What?! Matt James & Rachael Kirkconnell Left ‘After The Final Rose’ Together?!
‘Counting On’ Fans DRAG Jeremy Vuolo For Latest Video
Audrey Roloff Reveals Why She Kept Her Pregnancy A Secret