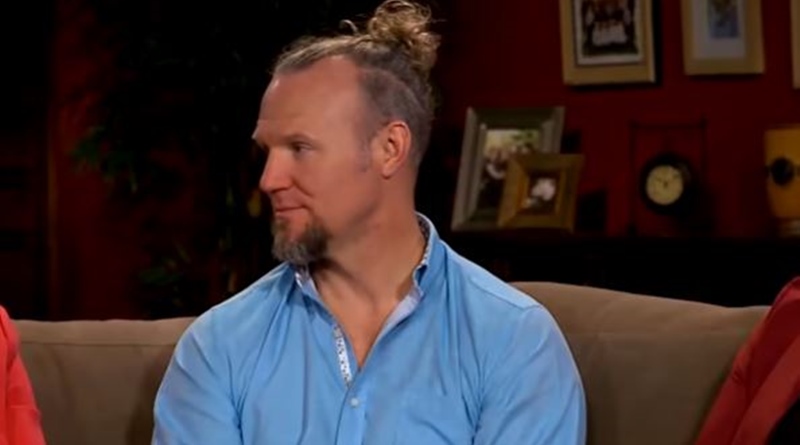 Sister Wives patriarch, Kody Brown last posted on Instagram on March 1. On the 4th of July he posted up something and his feed instantly got flooded with trolls and critics. After four months of silence, he got seriously bashed by all sorts of people. Perhaps that’s why he mostly stays off social media unless the TLC show’s airing.

On July 4, Kody shared a photo of Ronald Reagan. He also quoted him. Kody asked a question that possibly many other people also think about at the moment. He wrote, “Happy Independence Day! I ask myself, “What is the next right move?” Well, instantly people started asking him about his wife Meri Brown. They slammed him about Robyn and asked if he plans a move back to Las Vegas. All of these things obviously seem way more important to many people than the currently sadly divided country of America.

Naturally, some people demand he speak up about women’s rights. After all, he married four of them. Others yelled at him for living in a cult that abuses females. Others claimed their happiness at the rumor that TLC canned the show. A few people though agreed with the Sister Wives patriarch that right now, they just don’t know what’s next for the USA. One person noted, “I ask My self too. The americans have absolutely nothing to celebrate. 🤔”

Kody Brown’s daughter Mariah’s been extremely vocal about Black Lives Matter. She even threatened that any family or friends who vote the wrong way will lose access to her. Her little sister, Gwendlyn suddenly came out of her little box and started posted daily stories in favor of the movement. Meri posted a bit, and so did Janelle. Until now, apart from one retweet of a black and white guy hugging, Kody said nothing about the movement.

Judging by the way all sorts of people hijacked his Instagram post on July 4, is it any mystery why he posts so seldom? It seems critics of Sister Wives allow little room for meaningful debate on his posts anyway. Some people ranted about Donald Trump. Others wondered about their homes at Coyote pass. But very people wished Kody a happy July 4 in return.

Happy Independence Day! I ask myself; “What is the next right move?”

As the country faces a divided future, at least one Sister Wives critic got the main big issue in life off their chest. They wrote, “Just want to say that I watched episode with you and Meri at therapy and how you blame her for everything, it was utterly disgusting, once you divorced her you let her go and it was all about robin and her kids and it’s still no different, what about your biological kids they don’t matter. You don’t deserve to have Meri.”

Is it any wonder Kody mostly just stays quiet on Instagram? Sound off in the comments below.