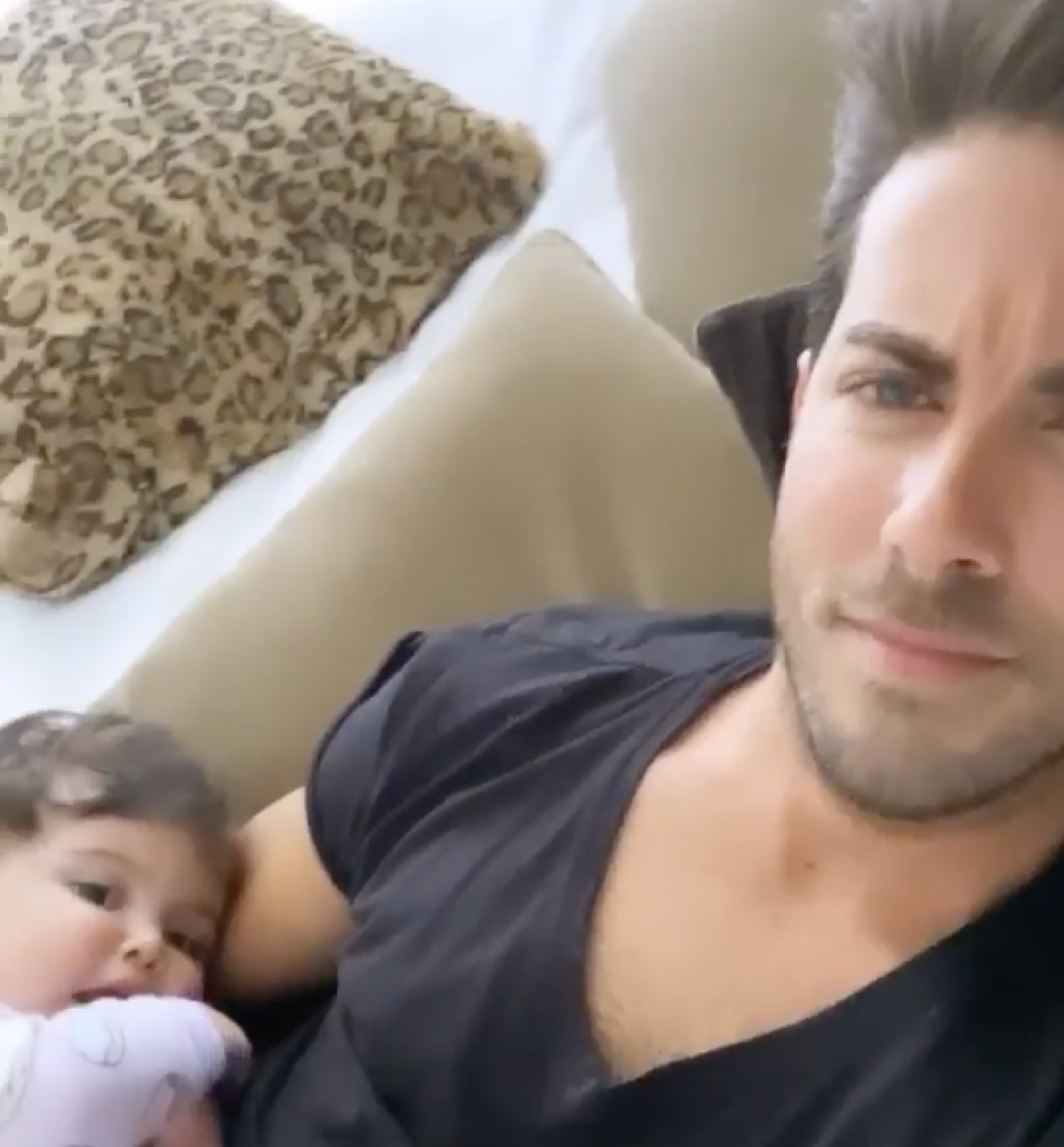 Million Dollar Listing: New York’s super-optimist, Luis Ortiz, is now a father to baby Leela. Who is his baby mama, Nikita Singh, and how has fatherhood changed this workaholic’s life.

Luis Ortiz Is A Father!

Just a year ago, 33-year-old Luis Ortiz shocked Million Dollar Listing: New York fans by sharing that he was going to become a father. As he wiped away tears, the emotional realtor surprised everyone by saying, “I am going to have a kid.”

This was such a well-kept secret that even the show’s producer called out “You’re what?!?” from behind the cameras. This was a total shock. Luis Ortiz had to make it clear that this was no joke. “Yeah, seriously. I’m having a kid. I’m having a baby girl.” Million Dollar Listing: New York fans and according to Your Tango, “his team” were in utter shock. This charismatic workaholic was going to become a father.

Now, everyone wants to know, who is his baby mama?

Although everyone had millions of questions, Luis Ortiz didn’t immediately reveal who his baby mama was. He did tell his co-star Steve Gold, “There’s a girl that I’ve known for some time. Someone very amazing, someone very smart, someone very beautiful. Someone who is going to be a co-parent with me.”

After some time, the Million Dollar Listing: New York star revealed that the mother of his child is his ex-girlfriend, Nikita Singh. But, they are not together. “For now.” Yet, they decided they would co-parent together.

Their relationship is clearly good. Luis even was present when Leela was born on March 8, 2019. The real estate reality star even posted a YouTube video about this important day in his life.

Luis has shared that baby Leela was not planned. He called the pregnancy news “upraising news.” But, prior to her birth, Ortiz had shared that he would “love her no matter what.”

He called it “true love.”

Now, fans can look at photos of Luis and Leela and even Nikita on his Instagram page. Whether strolling New York streets, or playing guitar, Luis is clearly in love and devoted to his precious little girl.

Who Are Parents On The Bravo Show?

These are all cutthroat realtors, right? Maybe in beginning. Because, over the many seasons of Million Dollar Listing: New York, the different cast members converted their devotion to work, to a work/family balance. It seems that partners and children are the reason for it. In fact, all members of the Million Dollar Listing: New York team are parents.

And of course, Fredrik Eklund, always wanted to become a father, The Swede and his husband Derek Kaplan became parents to twins Milla and Freddy Jr., in November 2017.

Subsequently, Fredrik even commented on one of Luis’ Instagram posts with the wise quote, “Having kids is stepping into the light and I can see it in your face.”

Whoever saw this happening? The Million Dollar Listing: New York cast have all found their common ground. Hopefully, we won’t see anyone on sMothered anytime soon!

Savannah Chrisley Under Fire For Catching A Shark: Did She Release It?
Brush Up On Brendan Morais Before ‘Bachelor In Paradise’
Savannah Chrisley Insists She’s Not Just Another ‘Dumb Blonde’
Tammy Slaton Disappears, Pulls Plug On Social Media: Is She Dead?
‘OutDaughtered’ Fans OBSESS Over Blayke Busby’s Legs: See Photo