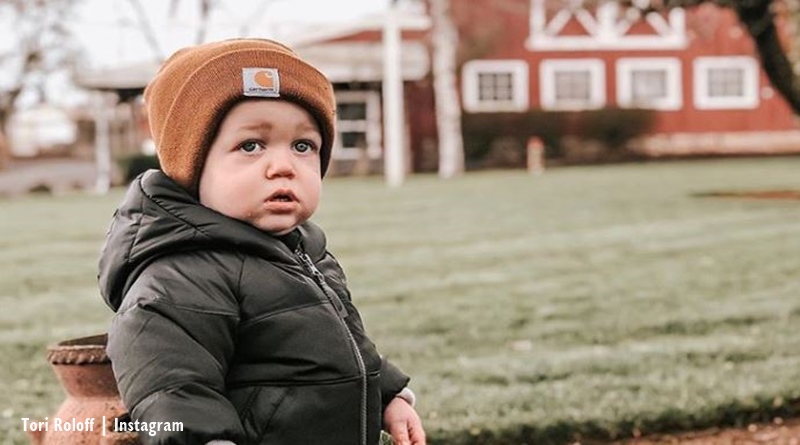 LPBW mom Tori Roloff has accumulated many fans. They love her, her son Jackson, her daughter Lilah, and Zach. But sometimes, she gets criticized for her parenting. Tori took to Instagram on July 4 and shared her dismal failures as a baker and garbage disposal person. But the Little People, Big World star didn’t seem as worried that her son Jackson held live Roman Candles during their fireworks celebrations.

Nobody likes slamming Tori Roloff. But surely plenty of people plan at going off on her for Jackson holding live Roman Candles. At just three-years-old, it seems rather risky. Admittedly, Little People, Big World dad Zach helped him hold and set off the fireworks. But, plenty of warnings about kids and fireworks go out every July 4. Tori seemed rather more worried about burning her pie than burning her child in her Instagram Stories. If that sounds like parent-shaming, bear in mind that millions of people across the world adore her son.

In the video clip shown below, the family set off fireworks as millions of other people do when celebrating the 4th of July. But Jackson and Zach set off Roman Candles together. And, the littlest LPBW star held them in his hand. Plenty of people know that holding Roman candles can go wrong. And, Protect America recommends that kids stay very far away from the explosives. Not just being Karens, a lot of tragic stories illustrate the danger of fireworks and kids.

Norton Health Care carried some very sad examples of severely burned kids in 2016. They noted, “Fireworks are by far the most common way to sustain a hand injury. Of the 11,000 fireworks injuries in the U.S. in 2014, nearly 40 percent were to the hands. The injuries included burns, gashes, fractures and even losing fingers. Victims can suffer permanent tendon and artery damage. Some lose hand function altogether.”

LPBW fans adore the family. On her main Instagram page, Tori shared a photo of the family of four. Fans complimented her on her wonderful family. One wrote, “🎉happy 4th sty safe.” Another person commented, “So Cute😍 Happy 4th to the Roloffs.” Other comments rolled in like this one: Cuteness all over …right there what a beautiful family.” And, there lies the problem. The reality stars accumulate fans who really seem devoted to them. They love them from afar no less than they love other people in their lives. They look up to them and admire them.

When it comes to fireworks and child safety, perhaps Tori and Zach should think beyond their own consequences if something goes wrong. Literally, nobody wants to wake up and read in the news that their son Jackson got hurt celebrating the 4th of July.