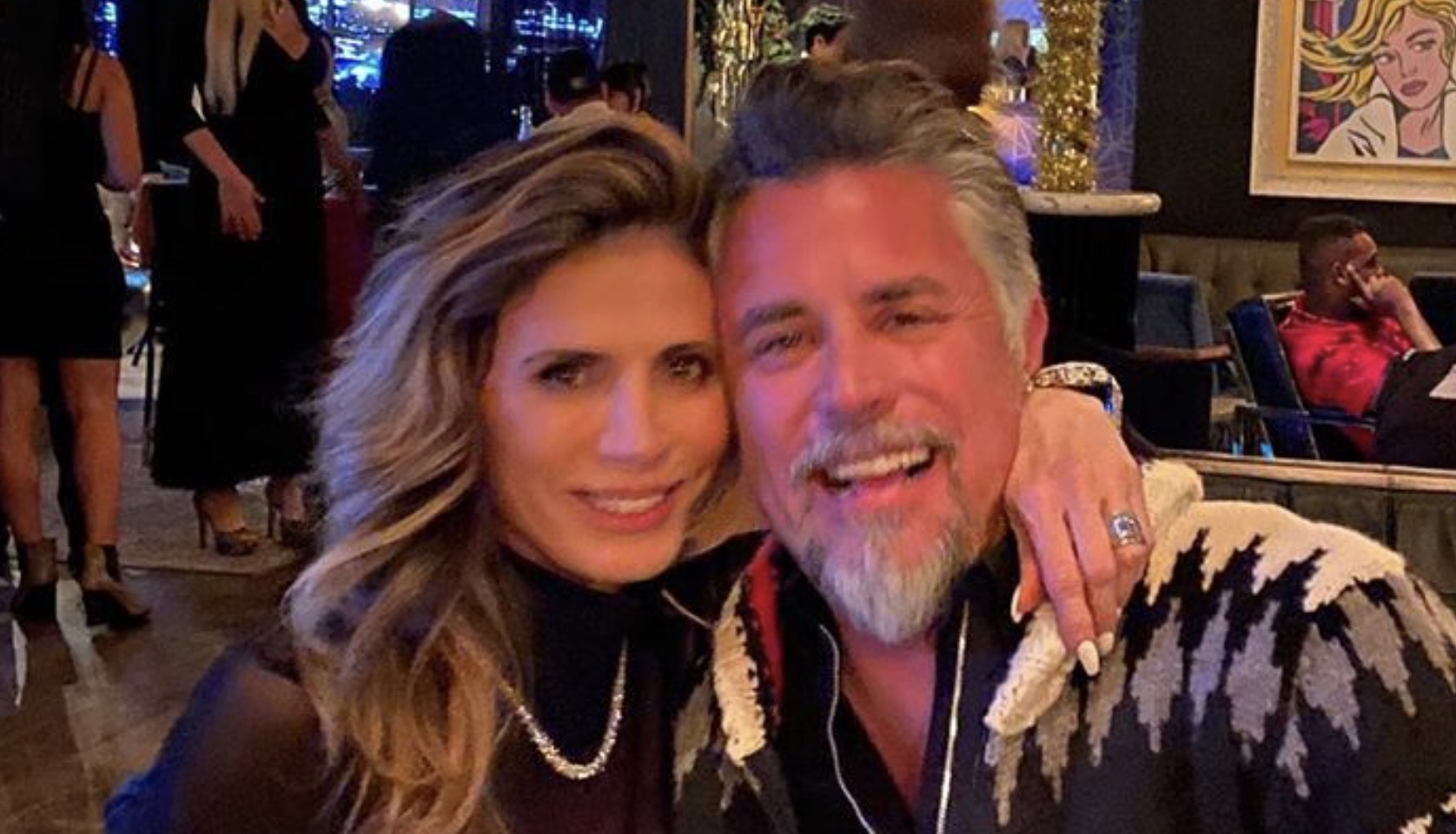 Did Richard Rawlings and Katerina Deason Get Married?

Did Richard Rawlings and Katerina Deason get married? fourth of July Instagram post hints that the engaged couple has already tied the knot. Richard’s caption reads: “Happy 4th of July from the Rawlings household 🇺🇸 Everyone stay safe out there and have a good time, y’all already know I will! 📸: @rhileephotog”

The photo is of Richard Rawlings in blue aviator sunglasses, jean shorts and a tank top, standing alongside a lovely swimming pool. He is pouring a light beer into a long-stemmed beer glass. Lying on a floatation cushion is Katerina Deason.

She is wearing sunglasses and the stars and stripes by the way of a very skimpy bikini. They are two absolutely beautiful people proving 50 is the new 40. Both are smiling and looking content.

So, according to the Fast N’ Loud star’s post, we are now to call them the Rawlings?

From Katerina Deason To Katerina Rawlings

Fast N’ Loud fans and inquiring minds may have checked over to Katerina’s social media to see if there are any hints. If you check out her Instagram you will see that she name is no longer Katerina Deason. It is Katerina Rawlings! Somewhere between her May 21 horseback riding photo and the July 4 photos, Katerina changed her last name from Deason to Rawlings.

But, there has not been an official announcement. Neither Richard Rawlings, Katerina Rawlings nor Discovery have shared any sort of wedding news.

This may be a similar situation to former Hallmark star Daniel Lissing and his wife Nadia. The two had planned on having a huge Bali wedding, but the coronavirus and social distancing measures prevented that from happening. So instead, the two, along with a couple of close friends as witnesses, had a small wedding. The party will happen after the situation with Covid-19 has improved.

But, they did make their marriage news public until they told close family and friends. They wanted to share the news themselves. But, fans and media alike could not help but notice that Nadia changed her last name to Lissing.

Could this also be the case with Katerina? Could her Instagram status change reveal some pretty big news?

Last year, Richard and Katerina Rawlings got engaged. Last August, the Gas Monkey Garage owner popped the question when the couple was in Tulum, Mexico. She said yes!  When their engagement was young, they shared a lot of social media. Yet, in the past few months, since the coronavirus quarantine, there have been fewer couple posts. Trolls can be cruel. Not posting can be more calming. Seems like Richard had been posting mostly Fast N’ Loud news on social media.

Now, they seem to have shared some pretty big news. Congratulations to the happy couple!