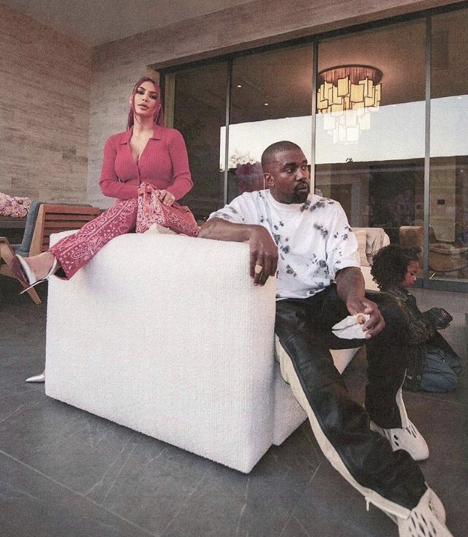 By this time next year, we could be saying hello to President Kanye West. On the 4th of July, the 43-year-old rapper tweeted that he will be running in the presidential election this year. Although it is a little late in the game, Kanye thinks he stands a chance. His wife, Kim Kardashian, fully supports his decision.

We must now realize the promise of America by trusting God, unifying our vision and building our future. I am running for president of the United States 🇺🇸! #2020VISION

In the past, West was very vocal for his support of the sitting president, Donald Trump. In 2018, the rapper visited President Trump in the Oval Office while sporting a red “Make America Great Again” cap, a signature look for avid Trump supporters. However, now it seems that Kanye wants to give the sitting president a run for his money.

Kim Kardashian also expresses an interest in politics these days. She and President Trump have met on multiple occasions to discuss prison reform. As a potential first lady, she has a lot to bring to the table. Other celebrities such as Elon Musk have tweeted their support for President Kanye. It’s definitely interesting to imagine what a Kanye West presidency would look like.

However, some speculate that Kanye has little interest in the presidency. Rumors circulate that this is a bid to take votes away from candidate Joe Biden. This strategy would split the Democratic vote between Biden and Kanye. A split like this would make it easy for Donald Trump to snag a victory.

Even though Kim has expressed support for Kanye’s presidential bid, reports circle that the couple isn’t fairing well under quarantine orders. Sources close to the couple reported the couple is avoiding each other. Kanye wants to focus on his career, but Kim feels that he isn’t spending enough time with their family. Kim and Kanye are the parents of four children: North, Saint, Chicago, and Psalm.

The source says Kanye only wants time to work on his career. He feels that Kim has put her own career ahead of their family many times and only wants a chance to do the same. Apparently, even family members are wondering if this will be the final straw for the couple. They have been through a lot together, but a global pandemic is a whole other ball game. If they do manage to stay together, they could come out on the other side stronger than ever before.

It goes without saying that President of the United States is an incredibly demanding job. If Kanye wins, this could definitely further strain their relationship. Hopefully, the couple will successfully work out their problems. If he wins, President West will have a lot on his plate. A divorce on top of everything would certainly be less than ideal. Whatever happens, we hope Kim and Kanye will be able to sort out their differences for the sake of their children.