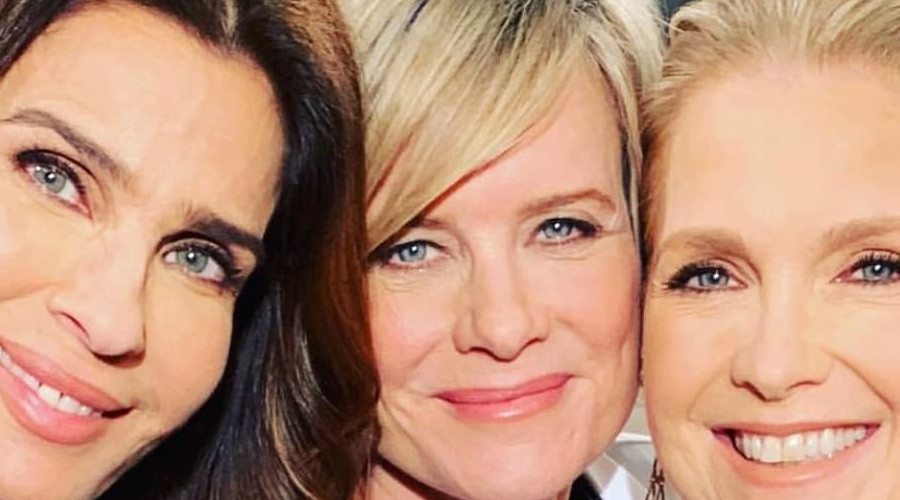 The last of four remaining soap operas is going back into production. As fans know, television studios shut down in March due to the coronavirus pandemic. Days of Our Lives is the last of the four soaps to resume production.

DOOL is the only soap still airing new episodes. Y&R, B&B and GH all ran out of new episodes last month. They are airing classic episodes in place of new ones.

However, DOOL tapes six months in advance, meaning they already had months of new episodes complete when production shut down. Earlier estimates put DOOL’s stockpile of new episodes through at least October.

In fact, the DOOL summer preview teases the other soaps for running out of episodes. The promo blares: NEW EPISODES ALL SUMMER LONG. The daytime drama is having one wedding a week throughout the month of July.

CBS soap The Bold & The Beautiful is currently in production. The show had one day of filming in mid-June before getting shut down again. Actors were back on set the next week with a new set of guidelines.

Y&R is hoping to resume production next week. They originally planned to start on Monday, July 6, but California is seeing a new outbreak in coronavirus cases.

General Hospital is looking to mid-July to resume production. However, all three shows could potentially be shut down again as coronavirus cases surge in Los Angeles. .

DOOL Will Begin Production in the Fall

Deadline reports that DOOL is eyeing a late-summer production start. Sources cite September 1st as the day for production to resume. The outlet notes that no one from NBC or the soap would confirm the plans.

In other DOOL news, a long-time behind-the-scenes key player has been let go after 30 years with the soap. Greg Meng, who serves as the show’s co-executive producer, is leaving the daytime drama, per Deadline. It’s unclear at this point how his exit will have any effect on the show.

While one backstage change is happening, many familiar faces will show up on-screen this summer. Alison Sweeney returns as Sami. Jay Kenneth Johnson is back as Philip. Louise Sorel’s Vivian Alamain returned to Salem last week.

DOOL resuming production won’t cause any changes for viewers. Everything airing throughout the summer was filmed months ago. While many fans bemoan DOOL’s filming schedule because it delays storyline changes, it works in their favor during the pandemic.

The Bold & The Beautiful and The Young & The Restless air weekdays on CBS. General Hospital airs on ABC. Tune in to Days of Our Lives weekdays on NBC.