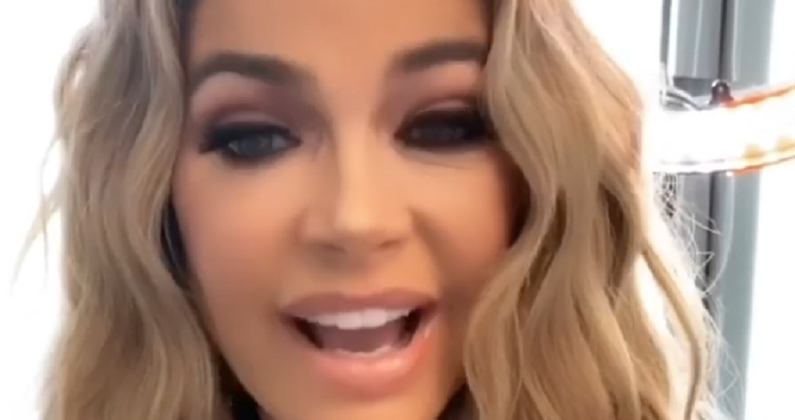 Denise Richards is relatable. She made that clear in her latest Instagram post. Last year, the Wild Things actress joined the cast of The Real Housewives of Beverly Hills. She brought new life into a show that was always about Lisa Vanderpump and Kyle Richards.

Denise quickly became loved by RHOBH fans. Even the ladies were happy that she joined the cast. Until Season 10, when she became the new target and center of affair rumors. Recently, Denise shut down the rumors and shared a super-relatable post. She said she only wanted one thing at the grocery store.

As per People, Denise Richards shared a super-relatable photo on Instagram. Recently, the 49-year-old took a trip to the grocery store with her husband Aaron Phypers. The couple crammed their shopping cart. But they only wanted one item. In the Instagram post, Denise said her food cravings took over.

“We just stopped to get me half n half for my coffee tomorrow,” the actress captioned the post. In the photo, her 47-year-old wears a face mask as he stands behind their jam-packed shopping cart. By the looks of the photo, the couple purchased cereal, jasmine rice, pretzels, shaved Parmesan cheese, tortillas, and toilet paper.

Denise and Aaron are stocking up during the coronavirus pandemic. The state of California reported its highest day of infections on Tuesday, June 30, with a total of 8,158. As of Friday, July 3, California reported 251,333 total cases and 6,268 deaths, according to the New York Times.

The details behind Denise and Aaron’s marriage

Denise Richards and Aaron Phypers started dating in December 2017. The couple married in a lavish wedding in Malibu in September 2018, which was featured on an episode of RHOBH. Aaron was previously married to Desperate Housewives star Nicollette Sheridan. Meanwhile, Denise was infamously married to Charlie Sheen for four years, and they share two daughters – Sam, 16, and Lola, 15.

Back in 2011, Denise adopted a daughter, Eloise, 9, and revealed. In her May 2019 interview with People, she revealed that Aaron has adopted her as well. Her husband runs a Malibu healing center that practices “frequency medicine.”

Denise and Aaron have been the center of affair rumor. The model’s marriage to Aaron is reportedly crumbling after her alleged affair with RHOBH star Brandi Glanville, which she denied. According to a report via All About the Truth, the couple’s marriage is “hanging on by a thread” and they currently sleep in separate rooms.

On RHOBH, Denise is very open about their intimacy. But it could be all talk. While Denise has vehemently denied the affair rumors, Brandi claims that it left Aaron “embarrassed” and “angry” even though they have an open marriage.