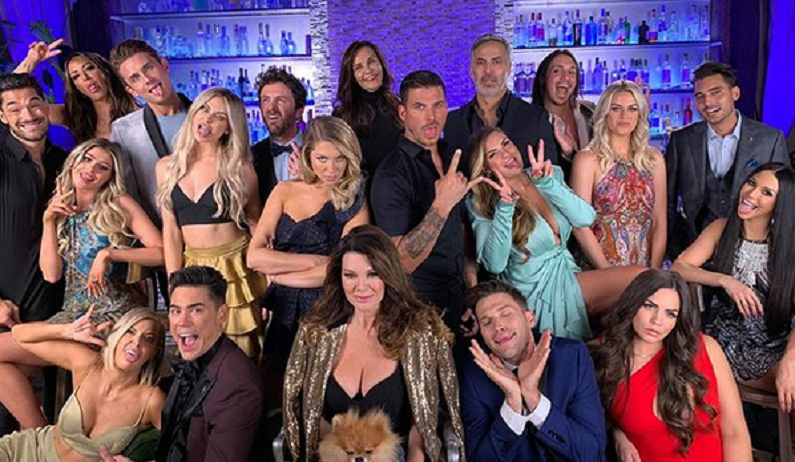 Stassi Schroeder had one heck of a month. The former Vanderpump Rules star confirmed she’s expecting her first child with fiancé Beau Clark. The news came days after Bravo fired her and VPR co-star Kristen Doute. The ladies got the boot for their past racist comments and actions.

Then Stassi and Beau announced that they’re having a girl. The couple couldn’t be anymore happier despite what’s happened in their life. The 32-year-old made an appearance in Los Angeles on Friday, July 2. Stassi wore the same black maxi dress that she photographed in her latest mirror selfie on Instagram Stories.

Daily Mail published the first photo of Stassi Schroeder with her baby bump. She visited an unidentified friend amid the coronavirus pandemic in California. Stassi braved the elements in a black sleeveless dress that showed off her baby bump. She accessorized her look with her signature black Chanel chain-strap handbag and a pair of white slip-on sneakers.

The New Orleans native wore a messy bun. A few days ago, Stassi wore a similar look on her Instagram Stories. She simply captioned the photo with the pink heart emoji. Stassi and Beau are welcoming their daughter in the first week of January 2021.

The couple made the announcement in an Instagram post on June 23. The picture showed Stassi holding her pregnancy belly as Beau kissed her on the cheek. The reality star began dating the casting agent at the end of 2017. Then the couple got engaged in July 2019.

Beau and Stassi originally planned to wed in Rome, Italy in October 2020. But their wedding is postponed due to the ongoing coronavirus pandemic. Bravo was said to film the ceremony and air it on Season 9 of Vanderpump Rules. But that won’t be happening anymore. Since Stassi’s firing, Beau has reportedly left the show.

Where does Stassi stand with her VPR costars?

Just because Bravo fired Stassi Schroeder doesn’t mean she’s removed from her costars. While most of her former costars have not publicly congratulated her and Beau on their baby news, Stassi is still in touch with several people from the show. She even rekindled her friendship with Kristen Doute.

In fact, Kristen was one of the first people to congratulate Stassi on her pregnancy on Instagram. And a few days later, she celebrated Stassi’s 32nd birthday at Katie Maloney and Tom Schwartz’s home in Los Angeles. So, it sounds like the Witches of WeHo are back together.

I miss this shit so much. New #pumprules tonight.

Meanwhile, Brittany sent her well wishes to Stassi on Instagram. She was currently in Kentucky to support her mom, Sherri Cartwright, who experienced complications from surgery. As for Lala Kent, she has kept quiet on Stassi’s baby news.

Tom Sandoval and Ariana Madix have also been quiet. However, VPR fans noticed that Ariana defended Stassi on Instagram Stories, while Sandoval called the firings “crazy” in an interview with St. Louis’ KMOV News 4. He also feels that the show will change dramatically.

Check back with TV Shows Ace for the latest news on Stassi Schroeder, including her pregnancy.