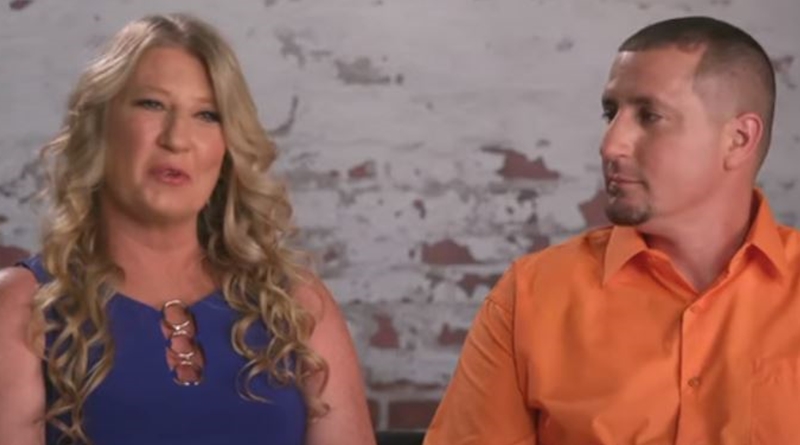 Love After Lockup returns on July 17. In the meantime, WEtv shows a few specials to keep fans interested. Mama June ended, so now fans need something on their weekly plate. This week’s attention got drawn to Angela and Tony again. In November last year fans heard via Reddit that Angela and Tony married. But, if they hoped for a future it looks like it’s over. And, fans think Tony still lived in a prison of sorts anyway.

Love After Lockup – WEtv reveals that Angela and Tony split

Fans reminisce about Tony and Angela and the crazy way she literally kept him living in prison conditions. Well, it never worked out as the show revealed they split. Recall, the couple first met via a prison inmate’s Facebook group. They fell in love although Angela’s much older than Tony. We reported that strong hints came that the couple married last year. Apparently a user on Reddit said they found a wedding card with Love After Lockup written on the back.

Starcasm revealed the couple tied the knot on October 25 in Grenada County. The super-fast wedding news surprised a lot of people. Recall, Tony only got out a halfway house a few months before October. Well, fans speculated about it and then heard that they actually split. And that news came directly from Love After Lockup‘s WEtv. Well, fans know that Angela always treated Tony very strictly. She justified it by saying he needs an authoritarian environment. On Twitter people talk about that and the long list of rules she put up for him.

I think Angela really missed her calling in life, she could have been a valuable member of the FBI. #LoveAfterLockup

On Friday night, fans took to Twitter to discuss the show. Angela and Tony brought a lot of chatter. For all her strict ways, fans enjoyed them as a couple though. One fan said, “Angela and Tony were the most entertaining couple in my opinion, lol..” Fans talked a lot about that list of rules she put up for him. One fan said, “Remember Angela‘s rules of the house? “No prostitutes” stuck on the fridge. LOL.” Another one noted, “Angela is trying to keep Tony from cheating..so she writes ‘dos and don’ts list.”

But other Love After Lockup fans just laughed about her sleuthing, She googled how to get passed his smartphone password. As a fan of the show noted, “I think Angela really missed her calling in life, she could have been a valuable member of the FBI.” Meanwhile, this person commented: I must admit I have missed Angela with the SIM card hacks and that 24 pt font on her galaxy creeping on Tony and her sharpie scribbled “No Prostitute” rules list on the fridge!”

angela on how she figured out how to break into tony's phone: "i googled 'how to break a passcode on a phone.'" 💀💀 welp #LoveAfterLockUp

Tony once said that Angela would make a good prison warden. Maybe she would sign up for it! Do you agree? Sound off in the comments below.