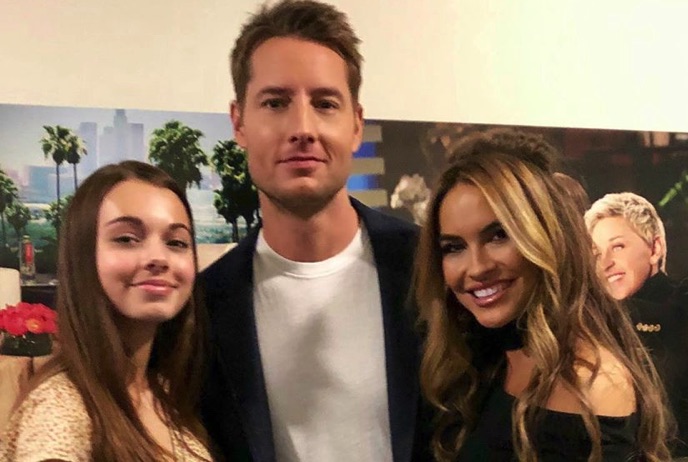 This Is Us star Justin Hartley is finding the coronavirus quarantine quite lonely since his split with Chrishell Stause. Who is he living with now and what does he miss most about being with people?

This Is Us Star Misses The Human Touch

The Covid-19 quarantine and social distancing restrictions have been tough for a lot of people, but it seems that Justin Hartley has really had a hard go of it. He told ET that he misses “everybody.” Although he and his This Is Us cast mates kept in regular contact via  Zoom calls, this is not enough. What he misses is physical contact.

He told the online publication that he enjoys these regular calls, “But I miss hugs and I miss laughing with people and ‘cheers’-ing people and pats on the back. I miss contact with people.”

Life may especially seem pretty lonely for Hartley. Right before Thanksgiving 2019, he blindsided his then-wife Chrishell Stause with divorce papers. In Early December, he was alone in their elegant mini-mansion. Well, he is not exactly alone.

Who Is Justin Hartley Living With?

Is Justin Hartley totally alone? Not exactly. He is living in Los Angeles with his 16-year-old daughter, Isabella Justice Hartley. He shares his teenaged daughter with ex-wife, actress Lindsay Korman-Hartley. From all appearances, Isabella lives full-time with her father. It is not clear if she moves in with her mom during the This Is Us film schedule or if they have another agreement. What we do know is that both parents individually share photos with their teen.

Isabella is not Hartley’s only roommate. Justin also lives with his new dog, Paisley. The former Y&R star seems to enjoy cozying up with his fuzzy new furbaby. He first shared a photo with a much younger Paisley on his Instagram February 15.

When Chrishell moved from the mini-mansion they both lived in, she took the family dog along with her. So, with Paisley, he has really begun to start his life anew. Paisley is not the only start. Justin seems to have been dating someone very special of late.

Staying home with this monster.

Justin Hartley has been dating his former Y&R co-star, Sofia Parnes. They were romantic partners on the soap when he was dating Chrishell Stause. Now, it looks like things are pretty serious with the Blood And Treasure star.

In late May, Justin and Sofia were seen outside of the Southern California Orthopedic Institute. She dropped him off to the Los Angeles area facility, and they both kissed. Later, she picked him up there. His arm was in a full cast and he was wheeled to her vehicle. Sounds like he has a pretty serious girlfriend.

But, he has not talked about Sofia Parnes at all. Nor has he spoken about his divorce from second wife, Chrishell Stause.

Justin Hartley’s life may be rather lonely these days, but so is his Instagram account. Sometime in the late spring/early summer he removed most of Instagram photos with his ex-wife, Chrishell Stause. Gone are the photos of their July 2019 trip to Hawaii. Gone are the glamorous photos of the beautiful couple on the red carpet and at other recent high-profile events. There are some older photos from 2018, and even back to 2015. But, his recent life with the Selling Sunset star is essentially erased.

Now, he only has photos of his This Is Us castmates or BTS photos. And, of course, of himself, or alongside his daughter, Isabella, or Paisley. There remains no trace of Chrishell Stause on his page.

Hopefully, soon, Justin Hartley can fulfill his wish of patting someone on the back and hanging out with a group of friends.