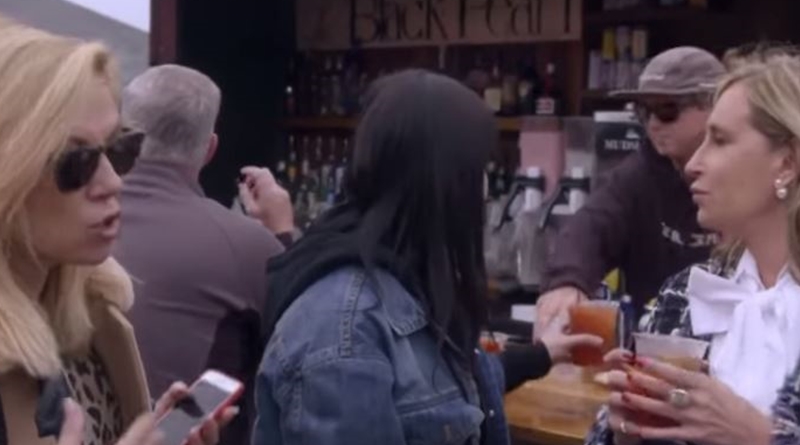 RHONY fans grow weary of the cast who abuse alcohol so much. While one person they focus on is Leah McSweeney. they also criticize Dorinda and Sonja. Plus, they feel there’s way too much disrespect going on with people like Avery and Ramona. Summing it up on Twitter, one fan noted “I feel like this season of #RHONY sums up on how this year has been so far. A total sh*t show.”

It seems that fans grow very tired of the uglier aspect that emerges in the Real Housewives of New York. More often these days, the ladies end up drinking way too much and acting like drunken teens. Meanwhile, many of them already hit or approach their 50s. Perhaps the surge of anger comes as many people stay home a lot more these days. And, coronavirus brought home the depth of the importance of family to many viewers. Unwholesome behavior doesn’t cut it for a lot of people anymore.

Some fans think that Tinsley Mortimer made the right choice when she left Real Housewives of New York. Recall that when the show went into hiatus, she said her goodbyes and won’t feature in the second part of this season. The crew gets smaller but the toxicity remains in RHONY, fans think. Lots of them grow particularly angry with Leah. Meaww noted that fans see “a very different and scary side of Leah.” It comes when she gets drunk. They noted her “temper tantrums” and “unruly behavior.” She got a lot of criticism.

Leah, Sonja and Dorinda the Drunksterteers over them. Bring something new to the table #RHONY

Not only Leah who drinks – fan grow tired of it all

Bravo got dragged to the carpet for the alcohol abuse that goes on in the show. One fan wrote, “#RHONY Please don’t bring Leah back next season! She has nothing to offer, she’s bloody awful. Her behaviour is disgusting. She is so embarrassing to watch, her daughter will be so proud!” Another critic noted, “This is getting embarrassing. Many of the women on the show are in their 50s. Time to put down the vodka, wine, tequila, and ask for an iced tea. #rhony #bravo #drunks #alcoholabuse.”

Meanwhile, Sonja also got slammed. One RHONY fan, sounding rather sad wrote, “I wish @SonjatMorgan would stay sober for more of the show. She’s the sweetest housewife and pretty interesting when shes not inebriated.” Dordina also caught the attention of critics. Ths one commented on Twitter: “would’ve actually felt bad for Ramona after Dorinda’s drunken toast, but Ramona brought f–king Missy to LuAnns party.”

SOBER Sonja does not exist.

RHONY seems rather ugly and unwholesome these days and fans grow tired of it. A lot of fans think all the drunken catfights should stop. What’s nice about seeing adult women getting drunk and behaving badly? they wonder. What do you think? Sound off in the comments below.