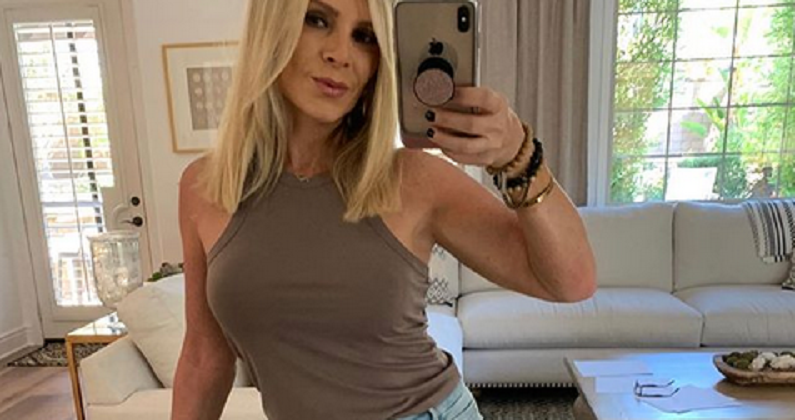 Tamra Judge is speaking about her former RHOC castmates. She revealed which ones she’s still friends with to this day. The former Real Housewives of Orange County star gave fans an update on the current status of her famous friendships on Thursday, July 2. The fitness trainer took to Instagram to answer questions.

The subject shifted over to her friends. Tamra revealed how she really feels about Gina Kirschenheiter, Kelly Dodd, Shannon Beador, and Vicki Gunvalson. Tamra is still in close contact with Vicki. Although she has her issues with Shannon, she admits that she misses her. Read on to see what Tamra has to say about her RHOC castmates.

As per Inquisitr, one follower asked Tamra Judge where she stands with former friend Shannon Beador. The two were obviously close during The Real Housewives of Orange County. They were two-thirds of the Tres Amigas. However, their friendship ended after Tamra announced her exit from the show. The two had a falling out for reasons unknown.

The timing of their fallout coincided with Shannon’s close friendship with fellow housewife, Kelly Dodd. Shannon and Tamra argued with Kelly during Season 14 of RHOC. Tamra wasn’t happy to see the two hanging out together. But she admits to missing Shannon “a lot.” She even included the sad emoji in her response.

Tamra’s friendship with Vicki remained strong. The two even got closer after they announced their respective exits from the Bravo series earlier this year. Despite their hot-and-cold friendship, she still considers Vicki a true friend.

“How do you and Vicki stay close friends after all the bad talking previously?” another fan asked.

The Vena CBD founder said that “the show is about drama” and their friendship is for real.

“@vickigunvalson is very kind to me and my family,” Tamra wrote. “I could call her anytime and she will be there for me.”

Tamra hasn’t had any issues with Gina. The CUT fitness owner said that the two are still close to this day. She also called Gina “the most authentic person on RHOC.” She said that the Long Island native was always honest and “no bulls*** from that New Yorker.”

However, Tamra Judge didn’t elaborate on her relationship with Kelly Dodd. But she did reveal that she would rather have her own on the show than Gretchen Rossi. Kelly was also included in Tamra’s “Favorite RHOC” cast list. That list also included Heather Dubrow, Meghan King Edmonds, Shannon, and Vicki.

One castmate that wasn’t included on the list was Emily Simpson. The lawyer hasn’t had a strong friendship with the fellow reality star. She previously called Emily “dead weight” on the series.

Tamra Judge also made controversial comments about one of her former RHOC castmates, as per The Blast. She shaded Peggy Sulahian, who appeared on Season 12 of the reality series. During her time on Behind the Velvet Rope with David Yontef podcast, Tamra revealed that anyone who requires subtitles shouldn’t be on the show.

“Anyone you have to subtitle should not be on the show. That’s what I feel,” Tamra said. “If you can’t understand what they’re saying, it’s difficult. I think she was nice, but I just don’t think she was good TV. It does not mean you’re a horrible person, it just takes a certain personality.”

RHOC fans slammed Tamra for her comments. They claimed that she needs subtitles after drinking too much. Other fans think she’s jealous of Peggy.

What are your thoughts on Tamra Judge missing Shannon Beador? Sound off below in the comments section.