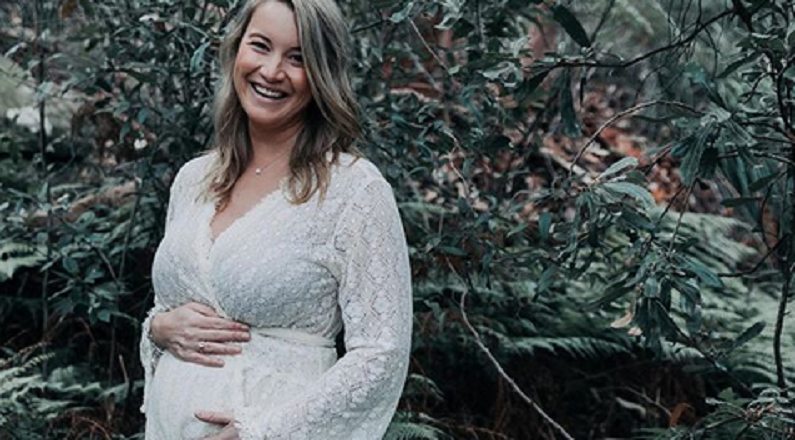 Below Deck Med star Hannah Ferrier is ecstatic over the news of her pregnancy. Last month, she announced that she’s pregnant with her first child with her boyfriend Josh. The chief stew hasn’t stopped smiling since. She’s overjoyed with emotion as she shows off her ever-growing baby bump.

Hannah Ferrier was still smiling when she showed off her baby bump. On Monday, June 8, she shocked fans when she announced that she was 5 months pregnant on Instagram. At the time, she didn’t announce the baby’s father. But she did tell Bravo’s The Daily Dish that her boyfriend is excited about their “little mini-me on the way.”

Below Deck Med could feel Hannah’s excitement jump off the page. She gave an update two weeks ago when she went on a hike at Balmoral Beach in Sydney, where she lives with her boyfriend, as per Yahoo! Entertainment. Striking a similar pose, Hannah was all smiles as she held her stomach. “Morning walks with the bump 💗💗💗💗,” she captioned the sweet post.

Morning walks with the bump 💗💗💗💗 EDIT: not an engagement ring 😂😂 #belowdeckmed

Just days after the pregnancy news, Hannah thanked her fans for the love and support she received. At the time of the announcement, the Bravo personality exclaimed how excited she is to become a mother for the first time.

“I am 5 months pregnant and due late October and literally keep bursting into tears sporadically from happiness!!! It’s something I have wanted since I was a little girl and I really feel like all my dreams are coming true at once.”

Her pregnancy news came after she revealed that the fifth season of Below Deck Mediterranean will be her last.

Who is Hannah Ferrier dating?

The Below Deck Med star previously talked about marriage and babies. In an interview with The Daily Dish, Hannah Ferrier admitted that her partner, Josh is “very private.” The couple’s lives forever changed after they dated for over a year. While Hannah has shared her life ever since Season 1 of Below Deck Med, she’s kept their relationship off of social media. She rarely speaks about her boyfriend and has never shared a photo of him.

During her virtual appearance on Watch What Happens Live with Andy Cohen: @ Home, she revealed how the two met.

“We actually met in a bar in Sydney the day after I landed after filming Season 4,” Hannah explained. “We kind of both flirted with each other, but I did let him know I just finished filming, so I was 50 percent of my normal capability. So I’m surprised that alone didn’t scare him off [laughs].”

She also revealed that Josh is more “a land guy” than “a sea guy.” Even though he’s watched a few episodes of Below Deck Med, he didn’t recognize her at first. The reason why the couple keeps their relationship on the down-low is that Josh “hates social media,” which is something that Hannah respects.

“It’s probably for the best,” Hannah said. “Like, I don’t think I could date someone that was fascinated with their Instagram and taking selfies and stuff.”

What’s more important than sharing their lives on social media is starting their new lives together. She’s ready to settle down and expand their family.

No Giada: Paris Hilton’s Netflix Cooking Show Shows Off Her Not Hot Skills
Will ‘Chicago Fire’ & ‘Chicago P.D.’ Also Drop On Netflix?
Savannah Chrisley Has A BIG Question About Showering & Storms
Did Ariana Madix Change Her Stance On Having Kids?
‘Ted Lasso’s’ Awkward Sassy Reunion Preview of Next Episode on Apple+TV