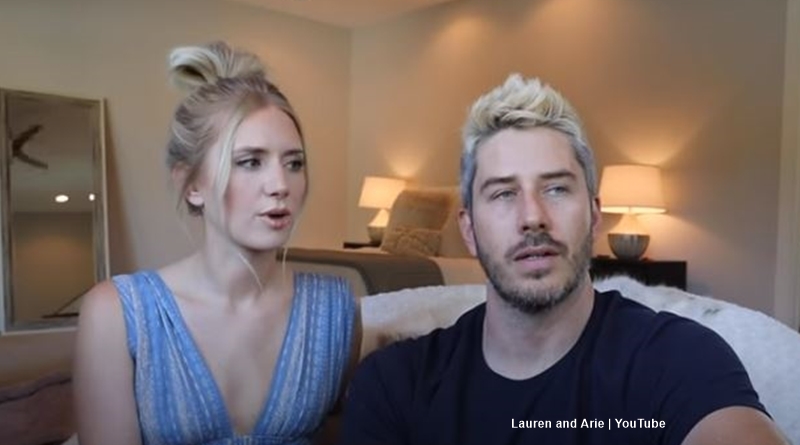 Bachelor alums Arie Luyendyk and his wife Lauren Burnham look very happy together. They recently moved onto a new property and they have their adorable little girl Alessi. But, like any other couple, they also fight with each other from time to time. In a Q&A on YouTube, they told their fans what they fight about the most.

In their Q&A on July 2, Arie and Lauren discussed lots of things that fans asked them on Instagram. We noted that they talked about more children and the miscarriage they suffered. They expressed fears that a second child might interfere with the love they have for Alessi. They won’t rush trying for another baby, and right now, it looks like Lauren’s simply not ready anyway. Nevertheless, one day, maybe a second child comes to their little family.

Right now, the settle into their beautiful new home. The other day, the Bachelor couple took Alessi out and she met her first horse. So maybe, they plan on a pony for her. On Father’s Day, Arie as good as admitted that horses feature in their lives soon. So, the happy family seems solid. But they fight as well. And, it turns out that one thing that really gets Lauren going is if Arie says she looks upset or angry. Arie said that makes her angry for a very long time.

Alessi’s first time seeing a horse and I have to say I think I’m in trouble 😂 New YouTube video up, check it out!

Seriously though, Lauren thinks the main thing they fight over is time and time management. She explained that they “both work from home” and they run “two businesses together.” Plus, she noted that they also run a few others each. Juggling time as parents for work and Alessi brings some clashes she noted. One of them always needs to be keeping an eye on Alessi. Who gets to work and who gets to babysit seems the issue.

But in the comments, fans felt that Arie commenting on Lauren looking like she’s in a bad mood stuck a note. One Bachelor fan wrote, “Honestly the whole, “you seem like you’re in a bad mood today” comment took me from zero to 1000 in two seconds. There is nothing more insulting to me than when a boyfriend says that to me. My ex used to love to say it and it drove me insane. All of this to say that I completely relate to Lauren in that regard.”

Another fan agreed, writing, “When my husband says to me “you need to calm down” lol, i was calm before he said that then he says that and then i am not calm anymore lol.”

But overall, the Bachelor couple seems happy and everyone argues now and then. Maybe Arie should just say nothing if he thinks Lauren’s in a bad mood. That way, they might fight a lot less. Do you agree? Sound off in the comments below.