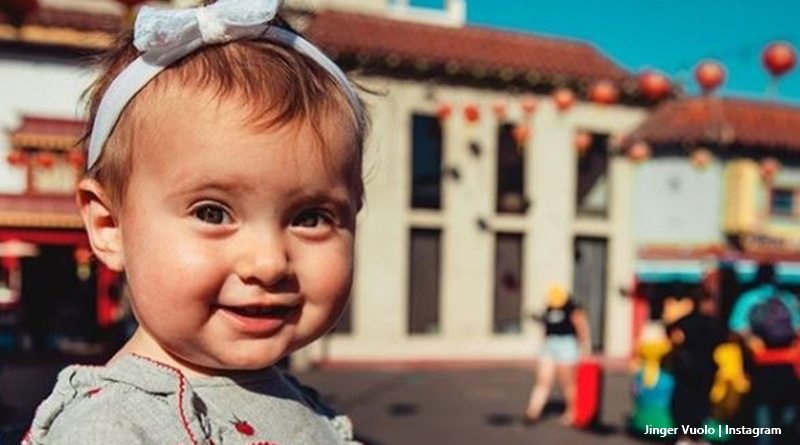 The photo featured Jinger and her daughter Felicity Vuolo grabbing a cup of coffee together. Felicity looked like a doll baby rocking a cute dark dress, an adorable hat, and a pair of strappy sandals. Her mother rocked a striped dress, a blue denim jacket, and a baseball cap with her hair pulled back in a pony tail.

The photo attracted a lot of attention from fellow TLC stars.

Jinger Vuolo has a healthy Instagram following of 1.3 million people. But, it appears as if a lot of TLC stars follow the expectant mom as well. Posted just 48 hours ago, the photo accumulated over 115,000 likes. And, nearly 700 comments. People had nothing but great things to say about how adorable Felicity Nicole looks.

OutDaughtered star Adam Busby was one of the first to comment on the picture. He gushed about the picture being “too cute.” His comment included a few hearts.

“We love her!” Jinger responded with a crying while laughing emoji.

Several fans of the TLC stars joined the conversation, but there did not appear to be any additional responses from Adam or Jinger.

Little People, Big World star Audrey Roloff also commented on the photo. She noted that Felicity Nicole was “the cutest.” Jinger also responded to the comment with a simple heart and smiley face.

Jinger’s sister Jill Dillard also chimed in via the comments. “Love her little hat! She’s such a doll!” She penned. Unfortunately, it did not look like her sister Jinger responded. Jill, however, did have one of Jinger’s followers praise Jill for being a great sister.

Whenever we go out for coffee, Felicity always asks for “CC’s coffee!” It’s steamed milk in a coffee cup. She couldn’t be happier.🥰

Even Josie Balka from Bringing Up Bates joined the gush-fest in the comments. She also believed the photo and Felicity were “so cute.” Jinger replied with a heart emoji.

Jinger explained in the caption that any time they go out for coffee her daughter Felicity has a special request. She wants CC’s coffee. Jinger explains this is just steamed milk in a coffee cup. But, Felicity Nicole Vuolo certainly feels like a big girl drinking “coffee” with her mama.

In the comments, several of her followers revealed the drink has an official name. It is called a babycino. And, overall, her fans found the photo just as adorable as the TLC stars that chimed in.

Overall, her fans were certainly here for the adorable picture.