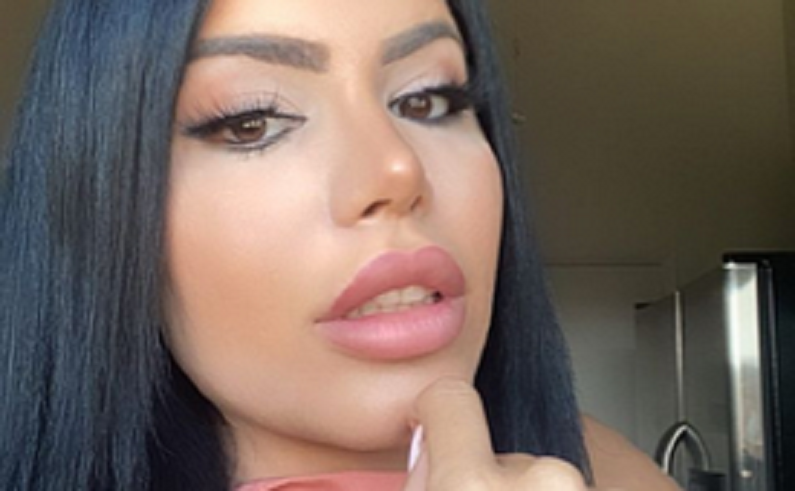 90 Day Fiance star Larissa Lima announced that she’s launching an OnlyFans account. Now, her boyfriend Eric Nichols is getting in on the action. Obviously, he’s fine with it. He’s so fine with it that he has his own account.

He wants to strip down and give his fans a closer look at his body. Larissa held an Instagram Q&A with her followers. During the live-streaming session, she announced her boyfriend’s new venture. She included a link to Eric’s OnlyFans account, which features a shirtless photo of her love. He’s charging fans $25 per month to look at his body.

As per The Blast, 90 Day Fiance couple Larissa Lima and Eric Nichols are getting naughty together. On Instagram, she talked about her boyfriend’s OnlyFans account. One fan wanted to know if it was worth the $25 per month fee.

“I believe it is worth $50 Eric’s sexy physique, you won’t regret, I promise,” Larissa teased, adding, “I promise, I know what I’m talking about.”

However, Eric hasn’t shared any photos of himself. Maybe it’s because he hasn’t gotten any subscribers. Larissa asked if she was still dating Eric. She told the fan that they’ll have to watch 90 Day Fiance: Happily Ever After? to find out.

As TV Shows Ace previously reported, the 90 Day Fiance star shared the details of her OnlyFans account. Larissa Lima previously gave her fans an update on its launch. She said that it may launch between the dates of September 15 and 16. But she will not shoot adult videos for her account.

Larissa only wants to shoot classy shots of her wearing lingerie. However, she did admit that she would shoot an adult video for $500,000.

Earlier this month, Larissa slammed TLC producers for reducing her airtime to 4 minutes. She quickly deleted the comments and made amends with the network. Larissa continues to make headlines as she appears on Happily Ever After.

Larissa Lima loves to share her love with her fans. She previously spoke with them on another Instagram Q&A where she talked about her ex-boyfriends. During the chat, Larissa praised Eric’s body very highly, as per News Lagoon. She also took the opportunity to body-shame her ex-husband, Colt Johnson. From there, fans wanted to talk about her looks.

“Why are you obsessed with changing your looks?” one fan asked. “Your [sic] already gorgeous.”

Larissa said she simply loves to change up her looks. She also loves to explore with different looks when it comes to makeup and fashion.

What are your thoughts on Larissa Lima and Eric Nichols having their own OnlyFans accounts? Sound off below in the comments section.