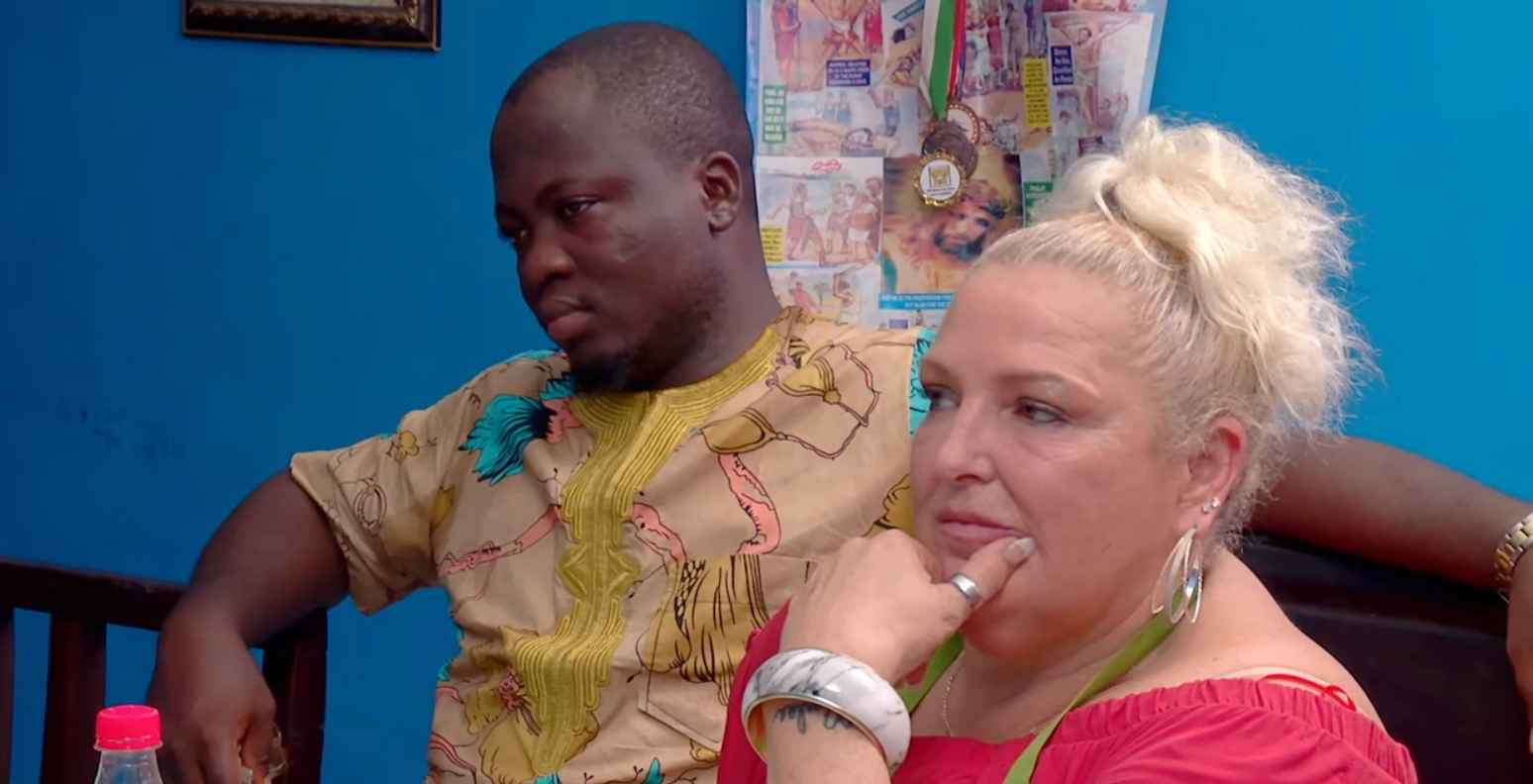 Despite their age differences, 90 Day Fiancé: Happily Ever After? stars Angela Deem and Michael Ilesanmi want to have a baby. However, while exploring options for Angela, 54, to be able to carry a child, a health problem rears its ugly head. It is possible Deem has cancer and she goes to visit her OB-GYN for a biopsy. It turns out this is extremely painful for Angela.

90 Day Fiancé: Happily Ever After? star Angela visits her gynecologist

Angela, Michael and his family have been discussing the possibility of her giving Michael a child. Obviously, at her age, this isn’t easy. So far, they have established that Deem has one egg left. They have explored the possibility of Angela’s daughter carrying her child. Whatever they choose to do in the future, there is an immediate health risk that needs to be addressed urgently.

You only live once, but if you do it right, once is enough. Love my okomi 😘🤗❤ Happy New Month everyone 🤗🙏 #staysafe #teamangelamichael #happyeverafter

People have released a sneak-peek into Sunday’s episode of 90 Day Fiancé: Happily Ever After?. In the video clip, Angela can be seen visiting her gynecologist, Dr. Carmela Pettigrew. She needs a biopsy to find out if she has cancer.

In the clip, Dr. Pettigrew asks Angela to get undressed from the waist down and puts a blanket over her. Dr. Pettigrew explains in a confessional how important it is for Angela to have the biopsy. She says they need to know there is not something dangerous going on. “It could be cancer, it could be a tumor,” so the OB-GYN wants to make sure nothing is going on.

Angela puts on the hospital gown and the doctor enters the room, asking if the 90 Day Fiancé star is ready. A nervous Deem says yes, she is ready to get it over and done. Dr. Pettigrew assures Angela that she will be fine. She says she will walk her through everything. Angela lies down, trying to relax.

Angela suffers too much pain to continue

The doctor explains to Angela she is going to “feel some pressure.” She tells Angela to let out a cough after counting from one to three. Obviously in pain, Angela almost immediately cries out, “Oh, god, she’s cutting me open.” As she coughs, Dr. Pettigrew tries to check Angela’s cervix, but her patient screams in agony. Angela says, “Hell, no. I’m not okay” and tells the doctor to “get it out.” She says that is it, that is enough.

Dr. Pettigrew removes the medical tool and ends the check-up, while Angela asks how many more checkups are still to come. Dr. Pettigrew responds, saying they hadn’t been able to get to Angela’s cervix. Obviously concerned, the doctor offers Angela nitrous oxide to help with the pain. The clip ends with the gynecologist saying she has never used nitrous oxide for a biopsy, as it isn’t usually necessary. It is something that is not traditional for the type of procedure.

Keep up with Angela and Michael’s story by watching 90 Day Fiancé: Happily Ever After? on Sundays at 8 pm ET on TLC.