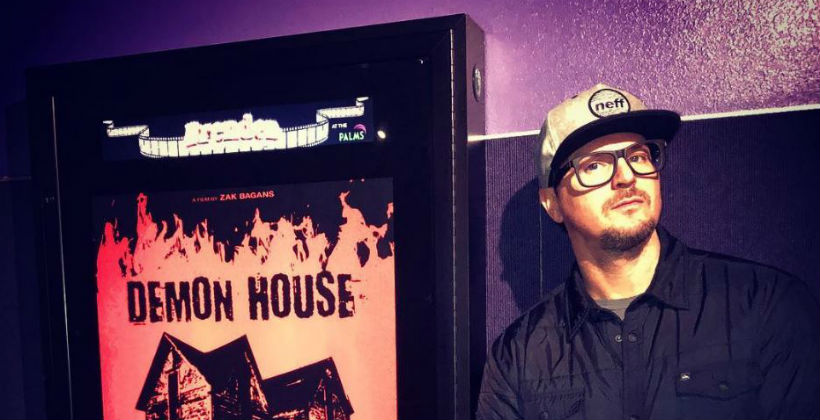 It’s a moment Ghost Adventures fans have waited a long time for. And, while many question whether 2020 is the right time, it’s happening. On Thursday night’s episode of Ghost Adventures: Quarantine, Zak Bagans will finally open the evil Dybbuk Box. Before fans witness this opening, Zak is sharing ten facts about the box that many may not know.

E! News shared details given by Zak and the Travel Channel about the evil box. The Ghost Adventures crew started filming their quarantine episodes following the closure of Zak’s Las Vegas Haunted Museum. As was everything else in Vegas, Zak’s museum was closed due to the coronavirus pandemic.

The crew used no production staff for their stay at the museum. They shot all the footage themselves. They spent ten eerie nights in the museum. And finally, Zak is opening up the box he has dreaded for so long. He’s tried to open it before and couldn’t do it. Tonight he does.

Ahead of tonight’s historical episode, ten facts are being shared about the Dubbuk Box.

Time to open the box — the dybbuk box. Are you ready? 👀😲😬⁠ ⁠ The can’t-miss finale of #GhostAdventures: Quarantine premieres this Thursday at 9|8c!

What evil lies within the Dybbuk Box

Zak first of all gave information about what the box actually is. He said, “The Dybbuk Box is a vintage wine cabinet that is said to house a malicious spirit known in Jewish mythology as a ‘dybbuk.’ A dybbuk is an evil possessing spirit believed to be the dislocated soul of a dead person.”

It was also shared this box is known as the most haunted object in the world. In fact, it inspired the 2012 horror film, The Possession.

Since acquiring the cursed object, “Bagans, the museum staff and visitors have experienced black shadows, fainting, feelings of sickness, anger, anxiety and more.” There has also been holes in the wall near the location the box is located in the museum. It’s as if the entity is trying to escape confinement.

Another extremely interesting fact is, “There are actually ten Dybbuk boxes in the world. Each one aligns with the Tree of Life concept from Kabbalah, the basis for Jewish mysticism.”

More facts about the evil box

Many may not know that Zak actually owns two of the ten boxes. Zak recently acquired a smaller box. Only eight of the ten boxes are owned. The whereabouts of the other boxes is currently unknown.

It was also shared that, “The previous owner of the main and most famous Dybbuk Box purchased it from the estate of a deceased woman who survived the Nazi concentration camps.”

And, as if 2020 hasn’t been hard enough, supposedly opening the box releases all the evil stored within it. This includes much evil from the 20th century such as WWII, the Korean War, Khmer Rouge and even more. When Zak opens this box he could potentially summon all this evil to present times. The way this year is going it sounds about right!

People who have previously owned the boxes have experienced physical ailments. These include hives, welts, and also experiencing strange smells. Plus, they have all experienced “horrific nightmares.”

Finally, Travel Channel shared, “After being with Zak Bagans when he touched the Dybbuk Box for the first time, musician Post Malone believes he was cursed following a series of unfortunate events including his plane’s tires blowing out, his Rolls-Royce was in a car accident and his former house being robbed.”

Tonight is a must see for paranormal fans. Don’t miss Zak opening the cursed box on Ghost Adventures: Quarantine.