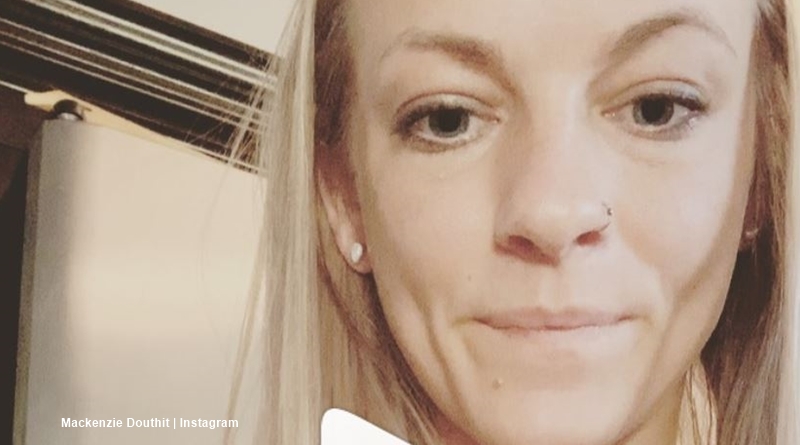 Teen Mom star Mackenzie Mckee landed in a lot of trouble with fans in 2019. In May, reports came out that animal control stepped in as she went away to the Bahamas and left their dog Hank in a cage in the back yard. MacKenzie denied any wrongdoing. Then, news came that the puppy she bought Gannon died mysteriously. Perhaps Mackenzie should just stop getting dogs.

When Mackenzie got a visit from animal control, she denied it’s because she left Hank in a cage. Blaming it on tornado warnings, she claimed no wrongdoing at all.  She said her mom and others helped feed the dog and clean out the cage. TMZ shared photos of a poop-filled cage. Nevertheless, she later rehomed Hank, thanks to a friend who has a large property. That came when her mom died and she went to look after her Dad for a while. By her own admission, she kept the dog inside the home most of the time. While some fans slammed her for allowing the dog outside on occasion really, large dogs need space to run around.

Starcasm reminds readers that “Hank was a 200-pound dog. He was a very large dog.” The Teen Mom star literally kept a Great Dane inside most of the time. Meanwhile, a tiny bit of online research could reveal to Mackenzie that she selected a dog not ideal for her home. Dog Time noted, “Great Danes require a lot of space. Even though they make great house dogs, they need a lot of room just to move around.” Luckily for Hank, Starcasm reveals that Mackenzie “heard” the dog telling her he wanted to stay with his other doggie friends on the larger property.

Pomeranian pup not as lucky as Hank

Hank lives a good dog’s life now. But things worked out less happily for the Pomeranian pup named Annie that she bought Gannon for his birthday. On Snapchat, she explained that the dog died mysteriously. She claimed Annie died just one month after they got her and blamed the pet store. She thinks that the store sold them a dog with a “cracked skull.” The death could have come after Annie just “bumped” her head on the couch.

And just like that, I have an 8 year old. Gannon you are such a special little dude. Happy birthday 🎉

Teen Mom star Mackenzie might have gotten her timeline wrong, according to Starcasm. The outlet noted that “Mackenzie bought Annie in early September, and Angie passed away in December, which would mean that they had Annie for more than three months.” It certainly looks like Mackenzie McKee has some bad luck with dogs. Equally, it looks like the dogs have some bad luck when they end up in her care.

Perhaps Mackenzie McKee should just stop getting dogs. What do you think? Sound off in the comments below.