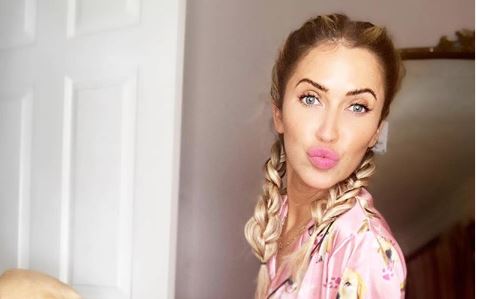 Kaitlyn Bristowe and Shawn Booth met and fell in love on The Bachelorette. Things didn’t work out for them in the end. Us Weekly is now sharing what Kaitlyn said is going on with them. It sounds like the two are not on good terms anymore. They do both still live in the same area, but they split two years ago.

Kaitlyn shared that not long ago Shawn Booth’s dog passed away. Of course, Kaitlyn was close to the dog when they were together. She reached out to him to send her condolences. Here is what she shared.

“Obviously, I was just devastated for him because that was just like his absolute best friend and I thought for sure he would’ve reached out to me to say either ‘Hey we’re putting him down,’ or ‘Hey I didn’t want you to have to find this out through Instagram’ or something, but I can’t hold that against him. Everybody grieves so differently and I don’t think I would want to talk to anybody in the world if I lost one of my dogs cause I would just be so like not okay. But I did reach out to him and said like ‘I am so sorry, if you need to talk. I’m devastated. I can’t imagine how you feel.’ And nothing.”

One crazy thing is that Shawn Booth replied to Kaitlyn’s cleaning lady, but not her. Shows that he doesn’t really have anything to say to his ex.

Shawn does have a new dog now. Kaitlyn Bristowe did admit that if she runs into him she hopes his dog Walter Booth is along with him. That would be something to talk about and make the conversation go a lot smoother for the exes.

She was on the Scrubbing In With Becca Tilley and Tanya Rad podcast when she opened up about it all. Kaitlyn really opened up and here is part of what she had to say.

“I play this scenario in my head more than I should because first of all, I think — and again I’m not trying to speak for him and I don’t know — but I truly think he just will never understand me or respect certain decisions and I think he’s just gonna hold onto anger with me. That’s how I feel so I would be nervous because I would probably play nice and even though he hurt me so terribly and things I’ve never even talked about, I hold anger too, but I know if I saw him I wouldn’t be able to be like ‘Meh,’ that’s just not me.”