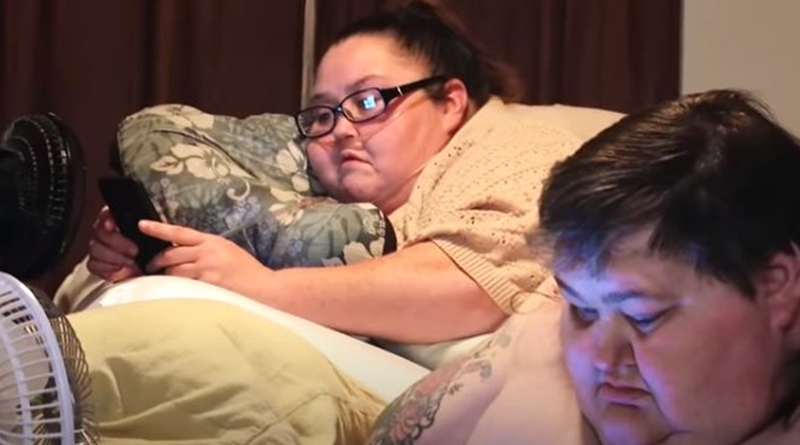 My 600-LB Life fans saw a return of Lee and Rena on June 30. The couple featured before, in Season 6. They met via Rena’s brother at a weightloss clinic. They lost a lot of weight with TLC and fans heard they planned a wedding. Watching the couple again, fans think Rena should get out of any relationship as Lee disgusts them.

My 600-LB Life – fans usually root for the cast, but not Lee

The cast of the show usually gets a lot of fans rooting for them, encouraging them, and hoping it all works out. But Lee’s particularly disliked. The couple, Lee and Rena struggle with maintaining their health. But it seems they experience anger issues a well, Heavy.com noted. Actually, the outlet noted that Lee often gets frustrated and takes it out on Rena. If you never watched the original show of the couple, then beyond this point, there may be some spoilers.

Rena came up for skin removal surgery as she lost a lot of weight. But, as Lee’s dad got diagnosed with cancer, she put it on hold. So, the couple experience a stressful situation. Nevertheless, fans feel more sympathy for Rena than Lee on My 600-LB Life. On Twitter, as the show unfolded this week, plenty of them expressed their dislike for him. In fact, that anger now might be misplaced as they apparently split last year. Nevertheless, he took a lot of heat this week.

Fans slam Lee think Rena’s better off without him

One angry fan hates that Lee’s so aggressive with Rena. Lee said, “it ain’t like I hit her every day.” Well, fans know if that happens once, it certainly looks like it happens again in the future. One fan noted, “Lee is justifying his abuse. Rene, it’s time to move on.” They also don’t like Lee’s temper tantrums. Despite eating vast amount of food he complains to Dr. Now that he’s malnourished and gets a mouthful back.

But the trouble is, that Rena ends up doing so much for him. She even holds his pee urinal for him. But, he seems anything but grateful. One fan wrote, “Somebody kick Lee in his laying-down-to-pee d*ck, please.” Another My 600-LB fan noted that after Lee lost weight and had his surgery he seemed a horrid character. One critic wrote, “Lee got his weight loss surgery and turned into a real bastard!”

Lee really asked her to stick that urinal 🍺 on his pee pee while he was driving. Oh the horror‼️ #My600LbLife pic.twitter.com/xpZQIfskfV

Fans really hope that Rena left Lee. One My 600-LB Life fan wrote, “This Lee creature is disgusting on too many levels to count. I don’t know how anyone can stomach that nasty thing.” Well, Starcasm revealed last year that Rena accused Lee of cheating. Later, Lee posted a photo of himself with another woman. So, it looks like the My-600-LB Life stars no longer put up with each other.

Do you think Rena’s better off without Lee? Sound off in the comments below.

Could Hallmark, Lifetime Christmas Movies Be Canceled Due To Hollywood Strike?
‘Live PD’ Dan Abrams And Sean “Sticks” Larkin Reunite For New Show
‘LPBW’: Pregnant Isabel Roloff SLAMMED For Being A Hypocrite
J. Lo Assassin Action-Thriller ‘The Mother’ on Netflix: What We Know So Far
‘Wentworth’ Season 9 Netflix Release Date: What To Expect, When