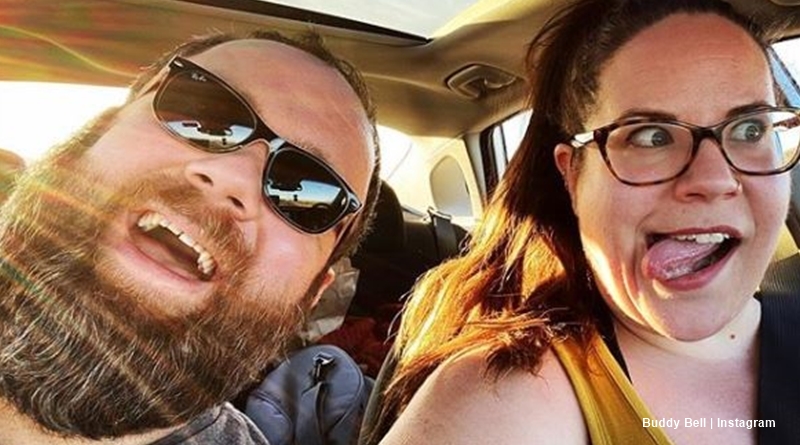 MBFFL star Buddy Bell came a long way over the last three years. He stepped up for Whitney Way Thore when Chase split with her. And now, he celebrates three years of sobriety. He shared about how he once thought he couldn’t live without drink and drugs. Buddy also shared a comparison photo and he looks way healthier these days.

The My Big Fat Fabulous Life star, a close friend of Whitney Way Thore shared a photo on Instagram. He looks healthy and well, neat as a button. His caption read, “3 years sober my dudes! I thought that a life without drugs and alcohol wouldn’t be a life worth living, but I’ve learned otherwise.”

It certainly seems that he takes recovery seriously and made some special friends. He added, “I can finally hold my head up high.” Passing it on, he told fans who struggle to “google ’12 step groups near me.” His hashtags also sent a message as they included #recoveryispossible. The MBFFL star actually looks like a walking example that life is good after addiction. And, nobody needs to go through it alone.

When Chase told Whitney he decided to leave her as he expects a child by another woman, she freaked out. In fact, she experienced such a bad panic attack, she ended up in the hospital. Buddy rushed to her to assist her with transport and the shock of the whole thing. The My Big Fat Fabulous Life star later moved in with Whitney and helped her as she slowly got used to the idea of the split. Later, he said that Whitney’s strong, and that her future looks good even without Chase.

Well, maybe Whitney wouldn’t feel so strong if Buddy never stepped for her when she needed him. It shows how the MBFFL star got his life together. In the days before he became sober, it’s unlikely he would have helped her as much. And, despite speculation he fell, in love with Whitney, he revealed a new girlfriend recently. Whitney remains a friend, not a lover. Fans who saw his Instagram post sent in their congratulations at how far he came with his addictions.

3 years sober my dudes! I thought that a life without drugs and alcohol wouldn’t be a life worth living, but I’ve learned otherwise. This recovery thing is the shit. I have the best friends in the world and I can finally hold my head up high. If you’re struggling, google “12 step groups near me.” There are people there who cannot wait to hear from you. Love! #odaat #recoveryispossible #alcoholic #12steps @explosmofficial

One fan MBFFL fan wrote, “You look soooo good! Biggest congrats and continued blessings to you and yours. ❤️.” Another person agreed with Buddy that help’s important when it comes to addictions. They noted, “AA saved my life… I wish you ALL the Happiness going Forward!!”

Others noticed how healthy and happy Buddy looks these days. Right now he seems like a walking talking advert for sobriety. What do you think? Sound off in the comments below.