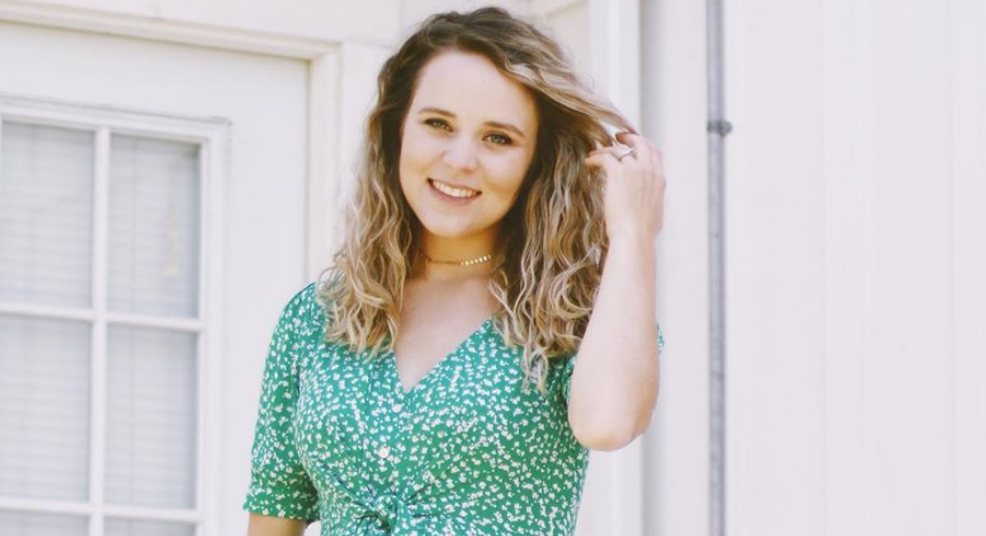 In a new social media post, Jinger Vuolo talks about anxiety. She shares a bit of advice. In response to her post, Duggar fans react to what she has to say.

Jinger shared a picture of herself. The soon-to-be mom of two is wearing a red sleeveless top and has her hair in a ponytail. She has her back to the camera, but she’s turning her head to face the camera.

While Duggar fans think the picture of Jinger is nice, the focus is more on her lengthy caption about anxiety. The Counting On star writes, “There’s so much going on around us that can make us worry. Anxiety could be a serious struggle every day if we let it be!”

Then, Jinger goes on to mention that the bible includes verses about anxiety. She quotes a scripture verse. Then, she closes her post by saying, “Our God’s got this.”

Ahhhhhh! There’s so much going on around us that can make us worry. Anxiety could be a serious struggle every day if we let it be! But believe it or not, the Bible has a lot to say about it. One of my favorite Scriptures is Philippians 4 where we are told to “rejoice always” and “never be anxious.” The obvious question is, how? And the answer is thankful prayer: “In everything by prayer and supplication with thanksgiving let your requests be made known to God. And the peace of God, which surpasses all understanding, will guard your hearts and your minds in Christ Jesus.” So beautiful! Our God’s got this👊🏻

In response, some of Jinger’s social media followers are loving her new post. Many of them are sharing their own personal stories with anxiety and thanking her for her wisdom during these difficult times. From what Duggar fans are saying in the comments, it sounds like a lot of them need this reminder right now.

Not everyone thinks that Jinger’s message is a good one to be sharing. Some are taking issue with it and think she should take caution. One of Jinger’s followers writes, “I’m a big fan of yours but as a parent of a teenager who suffers from horrible anxiety the beginning of your post really bothered me. People who suffer from anxiety doesn’t have anything to do with ‘if they let it bother them,’ as they have no choice.”

Others in the comments section share similar concerns. They think that Jinger should also be advocating for mental health treatment, rather than simply using the bible. Her followers acknowledge that it’s important to read the bible to help with mental health, but some are pointing out that mental health is a more serious issue.

So, what do you think of the advice Jinger offered? Do you think it’s good advice, or could it be dangerous, like some Duggar fans mention? Share your thoughts below.

Also, don’t miss the return of TLC’s Counting On. The Season 11 premiere airs on Tuesday, July 7.