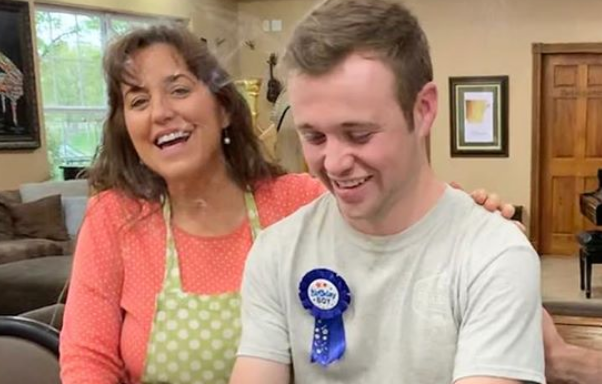 There’s another Duggar on social media! Jason Duggar recently made his debut on Instagram. Jason is the 12th of Jim Bob and Michelle’s 19 kids. He celebrated his 20th birthday in April.

When Jason joined Instagram, he was followed by many of his family members and fans of Counting On. It seems like fans are excited to see him on the social media platform so they can keep up with him.

In his bio, he reveals that he’s a business owner, a contractor, an outdoorsman, and a musician.

So far, Jason has only shared one post on Instagram. It features himself and several of his siblings riding their bikes together. Close family friend Laura DeMasie is there too. Jason writes, “Met up with this crew after work for a bike ride on our local trail!”

Jason is being welcomed to Instagram by many Counting On fans. In just a couple of days, he’s gained over 1,000 followers. And, that number will only grow as more fans find out that he’s on social media.

Met up with this crew after work for a bike ride on our local trail! #RazorbackGreenway! 🚴🌲

In addition to creating a personal Instagram account, Jason launched a page dedicated to his business. This page has been up and running for a few weeks, at least. But, because Jason didn’t join the social media platform until recently, no one knew about it or that he owned the page.

Per Instagram, Jason’s a contractor. One of the Instagram posts on his business page is of a home renovation he’s working on in Arkansas. He owns Build Master Construction LLC, and it looks like he’s owned the business for over a year.

Home renovation underway in Bella Vista, Arkansas. Replacing the siding and giving this house a facelift!

A post shared by Build Master Construction (@buildmasterconstruction) on Jun 21, 2020 at 11:33pm PDT

Duggar fans wonder if Jason is in a courtship

In the past, the Duggar kids have joined Instagram when they are in a courtship. Now, that’s not necessarily a rule in the family. But, it’s just the way things tend to go.

Because of this, some of Jason’s new Instagram followers are wondering if he’s in a courtship. The fact that he joined Instagram could be a sign. Plus, there have been hints that there will be a courtship announcement in Season 11 of Counting On.

So, will you be following Jason Duggar on Instagram? Do you think he’s in a courtship? Share your thoughts below.

Catch the Duggar family’s return to TLC when Counting On Season 11 airs on Tuesday, July 7.