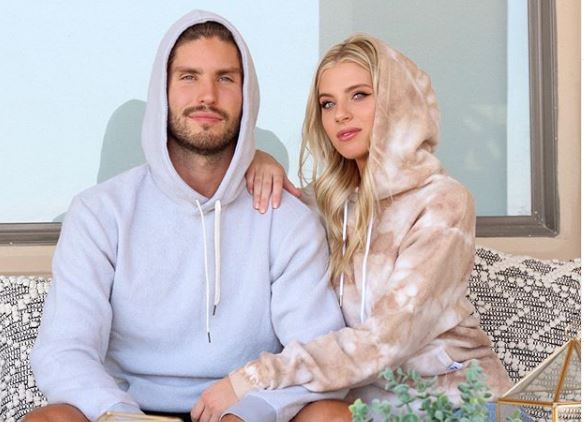 Haley Ferguson is known for going on Bachelor in Paradise with her twin sister. Fans have watched her be single and try to find love. It turns out that during quarantine she did just that for herself. She has had a boyfriend for a bit, but it looks like things are pretty serious now. Haley shared on her Instagram that they made it through this hard time. Her boyfriend has been here and quarantined with her. Because of that, they have spent a lot of time together over the last few months.

Haley has shared a bit about her boyfriend over the last few weeks. Now that quarantine is basically over for them, she is sharing that they made it through the hard part. Check out what she had to say in her Instagram post below.

Three and half months in quarantine together after only two months of dating…WE MADE IT!🤣🎉 my better half left for Finland today and it’s going to be SO weird waking up without him by my side but I’m so happy he got to meet all my family and friends and that he now gets to go home to see his after 10 months here in the states!😱 Praying the international travel ban gets lifted soon 🤞🏼 see you in Sweden my love 💞 @oula7

That is a really long time to be quarantined together. Some couples didn’t even make it through it that have been together a lot longer.

He has his own Instagram where you can get to know a bit about him. His name is Oula Palve and he does have a verified account. He is a hockey player. It looks like he isn’t afraid to share pictures of his girlfriend on his social media either. Oula even spent some time with Emily Ferguson in Las Vegas a few months ago. It looks like things have been going great for them until it was time for him to go back to Finland.

Her boyfriend isn’t from the United States

It turns out that Haley Ferguson has a long road ahead of her. The guy she is dating isn’t even from the United States. He is actually from Sweden. That is going to be really hard on them. He is headed back to Finland.

There is no word on how she plans to make this work. With her man in Sweden, they will have to travel a lot. That is also if COVID-19 will allow them to travel. It looks like they are pretty serious. Haley has several posts on her Instagram about him. One great picture of them together has the caption “I really hope he’s my future baby daddy 😂🔥.” Well, it looks from the comments like a lot of fans agree.

Don’t miss watching Clare Crawley as The Bachelorette and Matt James as The Bachelor. ABC has already confirmed that both will start filming soon. These are seasons that you do not want to miss.