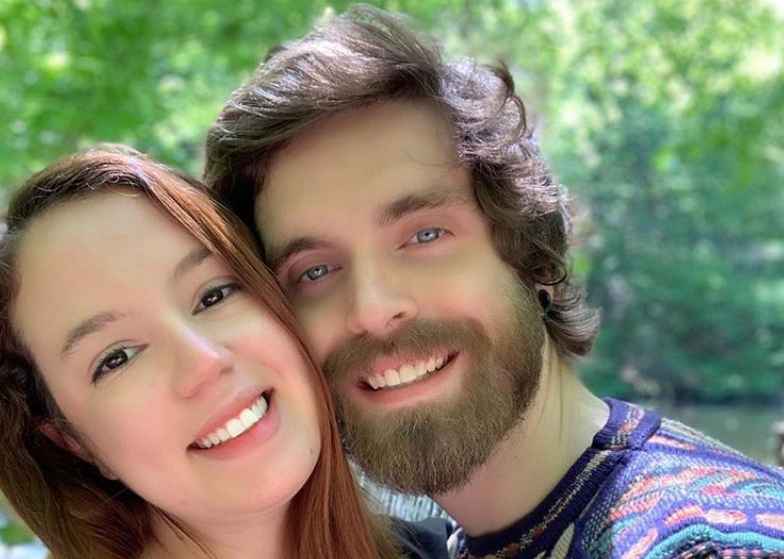 It looks like that ultimate mommy’s boy, Colt Johnson of 90 Day Fiancé: Happily Ever After?, has lost out in love again. Jess Caroline is reportedly dating a new, sexy man. Not only that, apparently said sexy man has connections to the TLC reality show through Larissa. The news comes out after photos of Jess with the mystery man appear online.

90 Day Fiancé: Happily Ever After? star Jess Caroline has a new man

Jess Caroline is one of the newest cast members of the 90 Day Fiancé spinoff. She had paired with none other than Colt Johnson on the TLC reality show. Colt is known for his failed relationship with Larissa Dos Santos Lima and for being a mommy’s boy. Let’s face it, he isn’t one of the most popular men on the TLC reality show and its spinoffs. Once his relationship with Larissa was finally over, he started dating fellow Brazilian, Jess.

While on 90 Day Fiancé: Happily Ever After? it looks like Colt and Jess are doing fine, thank you. But it seems in real life they are not. As reported by Screen Rant, they have also called their relationship quits, as Jess has a new love interest in her life.

Colt and Jess and a messy break-up

The two TLC reality stars reportedly had a very messy breakup and the reason is pretty disgusting. Allegedly, Colt chose to share a naked photo of Jess with his friends. This is how not to make friends and influence people! Jess has found love with a rugged, handsome man named Brian Hanvey.

It is surprising the news hasn’t come out sooner. Jess posted two photos of herself and Brian on Facebook on May 30. The pair certainly appear to be close as Jess poses while hugging up to Hanvey.

Brian is most definitely a step up for Jess after Colt. The handsome dude is a singer and also works as a producer. Jess and Brian are quarantining together in Croton-on-Hudson, New York State.

Hanvey has also posted images of himself with Jess to his social media accounts. In the following Instagram post, Brian wishes Jess a “Happy Brazilian Valentine’s Day babe!” He had reportedly just learned that it was Brazil’s “Dia Dos Namorados.” Jess replies in the comments section saying “Day amor meu perfeito” or “My perfect day of love.”

In another Instagram post, made five weeks ago, Hanvey refers to the 90 Day Fiance star as “My love.”

One interesting aspect about Brian is his own connection to 90 Day Fiancé. It seems he was at one time close friends with Colt’s previous ex, Larissa. This calls to question the time Jess went out with Larissa, who apparently once starred in one of Brian’s music videos.

Fans of the TLC reality show know that Colt and Jess dated for three months. However, now the season has started, both have deleted each other from their social media. It turns out Colt has moved on to a female friend, Vanessa Guerra. Her name crops up regularly on the show as she keeps phoning Colt. While it is believed he is dating Vanessa, Colt may be restricted from sharing images on his social media due to his NDA.

Jess doesn’t have that problem and can happily share as many images of her new love as she wants! Let’s wish Jess all the best with her new relationship. This could hopefully end up by giving her the coveted green card.

Keep watching 90 Day Fiancé: Happily Ever After? on Sundays at 8pm EST on TLC.