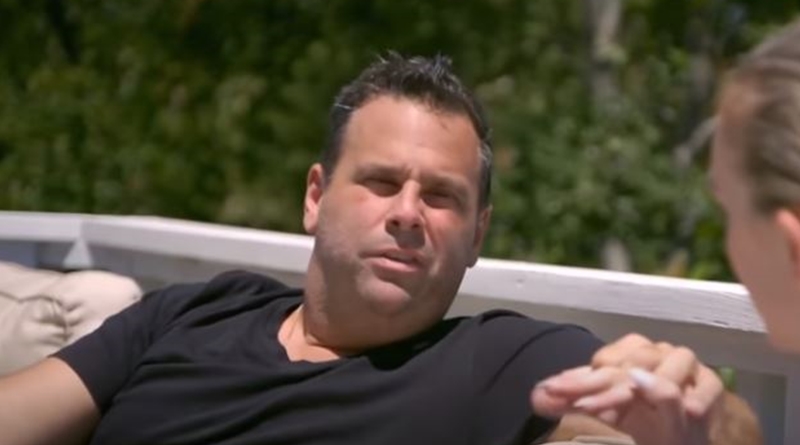 VPR fans know that Randall Emmett’s a film and television producer. The multi-millionaire, now engaged to Lala Kent from Vanderpump Rules, nevertheless felt awestruck when he first met Jax Taylor. They became friends and Randall even served as one of Jax’s groomsmen at his wedding to Brittany Cartwright.

Seeing that Randal makes his money in the entertainment industry, it seems odd that Jax impressed him so much. But, he admitted that he really felt thrilled when he met Jax. The news came during a conversation with Behind the Velvet Rope with David Yontef podcast. Even before he met Lala Kent, the newcomer to Season 8 of Vanderpump Rules watched the show and he really liked Jax a lot. Sounding a bit like a fangirl, he explained that Jax seemed a brilliant reality TV star.

He told David Yontef, “I thought it was HUGE meeting Jax because we were all such fans!” Waxing on like a slavish and devoted fan, Randall added, “I think for reality TV it’s like, ‘Oh my God, that’s Jax Taylor!’”who crushes the first four years of that show. He then noted, “Now he’s married and trying to have babies but … I think I was overwhelmed.” Wow – It seems Jax really featured in Randall’s life as a blue-eyed-boy on VPR.

Jax and Randall not so close these days

Since Bravo went into a frenzy and fired Stassi, Kristen Doute and two other cast members, Randall backed off Jax. In fact, after TLC’s Ashley Martson from 90 Day Fiance accused Jax of racist DMs, Randall unfollowed Jax on social media. Reality Blurb reported that Ashley shared a screenshot where Jax talked about the size of Jay Smith’s nose. Later, Lance Bass, also a former friend of Jax, tried talking to him about why his comment came across as “racially insensitive,” to no avail. Jax seems content to just take all the criticism and not give any apology to Ashley.

Certainly, it looks like friends and supporters like Randall Emmett fall by the wayside for the VPR star. But given the current cancel culture, could Randall really do anything else? His entire income rides on decisions he makes right now. Meanwhile, on social media, people scream for Jax Taylor’s cancellation by Bravo. The reunion at the end of Season 8 also left Jax in poor light with former fans. How much of Jax gets scripted for drama for the show isn’t clear.

Brittany also gets slammed now, maybe for the sin of marrying Jax. Jax’s affair with with Faith Stowers started off the racist accusations amongst the VPR cast. Perhaps, despite once admiring Jax, Randall Emmet now feels justified in staying well out of his orbit. What do you think? Sound off your thoughts in the comments below.