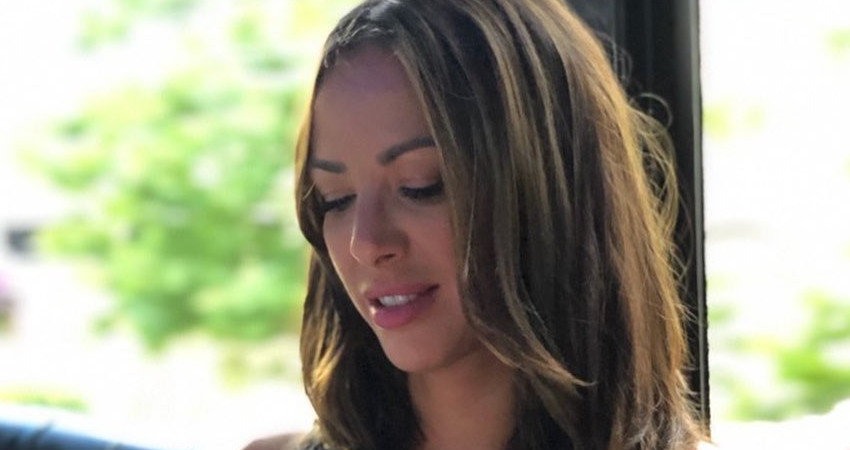 Vanderpump Rules fans are divided on whether Bravo went too far in firing Kristen Doute and Stassi Schroeder. The network let both stars go last month after finding out they once called the cops on former co-star Faith Stowers. The shocking revelation first came from Stassi on a podcast last year.

The situation got more attention when Faith discussed it in the days following George Floyd’s death involving three police officers. Bravo originally seemed to be waiting out the outrage from fans.

However, once it wasn’t going away, they responded by firing Stassi and Kristen. VPR newbies Brett Caprioni and Max Boyens were also let go for past racist tweets.

Fans were dragging the former VPR star on social media over the weekend. Kristen randomly spoke out about the medical marijuana laws in Idaho. Fans reminded her that she lives in California. In response to the backlash, Kristen tried again to defend herself.

She wrote that her behavior has been “immature” but “never hateful.” That didn’t go over well with the fans who agree with Bravo firing Kristen. One fan called Kristen out for not apologizing to Faith directly, The Blast reports.

Since the firings, Faith said that Kristen apologized over DM but she didn’t feel it was sincere. Stassi, on the other hand, hasn’t reached out to Faith. Kristen responded to the fan calling her out for not apologizing, letting them know that she DID at least try to apologize.

However, it seems Faith did not want to hear it.. Kristen wrote, “Yes I personally DMd her and attempted a phone call.She chose not to respond and declined [to] speak to me, which is her choice.”

Yes I personally DMd her and attempted a phone call. She chose not to respond and declined speak to me, which is her choice.

One fan thinks Kristen is better off without Vanderpump Rules anyway. They noted that the show gave Kristen “less time on screen” compared to everyone else.

Kristen has lost a lot in her firing from Bravo. Her book publisher will no longer promote her book that came out just last month. The ‘Witches of WeHo’ wine will not be available in stores.

Despite these setbacks, Kristen still has her new boyfriend by her side. Alex Menache took to Instagram last week to defend his lady from the haters. The former VPR star paid tribute to Alex with a sweet Instagram post. The snapshot of the couple kissing goes with a caption, “you are the best thing.” Fans absolutely gushed over the sweet snap.

In addition to her new man, Kristen is reconnecting with Stassi after a tense Season 8. The once-close-friends has a falling out over Kristen’s ex-boyfriend, Brian Carter. In fact, Stassi wasn’t planning on inviting Kristen to her wedding next year.

But since they’ve both lost their jobs with Bravo, they’ve been reconnecting. Moreso after Stassi’s pregnancy announcement in late June. She will welcome her first child with fiancé Beau Clark in early 2021.

While Kristen’s romance is rather new, marriage and kids could be in her future, too. Check back with us for updates on whether Bravo decides to continue Vanderpump Rules or cancel it completely.