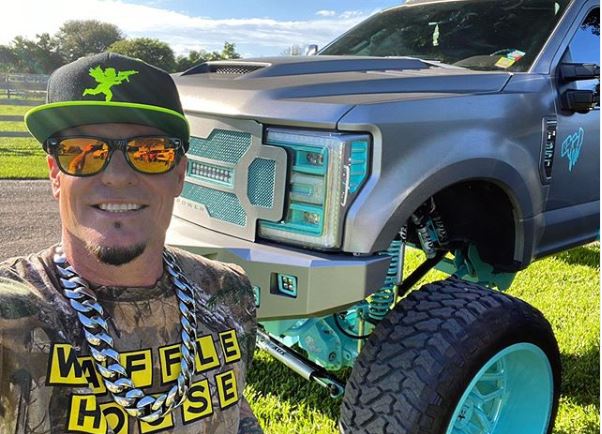 Vanilla Ice is best known for his song Ice Ice Baby. Since then, he has tried a few various reality shows out. Now, he has big plans for a 4th of July concert. He is not going to let COVID-19 keep him off the stage either. EW shared the details about this big upcoming concert.

The concert plans are to be in Austin this upcoming weekend. The bars and a lot of other things are closed in this area. That isn’t going to stop this concert from happening though. This concert will have 2,500 tickets sold. That is half the capacity for the venue. That should help with distancing a bit.

Vanilla Ice shared his thoughts and why he isn’t scared. Here is what he had to say.

“I can’t wait to get back to this. The 90s were the best. We didn’t have coronavirus, or cell phones, or computers. We had 5.0’s, blockbuster, Beavis and Butthead, Wayne’s World, Chris Tucker and Jackie Chan … Mortal Kombat is still better than Fortnight … the last of the great decades.”

It looks like he is still trying to live in the 90s, but times have changed since then.

Just checking in with you guys. Hope everyone’s doing all right out there. Crazy times. Can’t wait for things to get back to whatever normal is going to be. #NinjaStrong

It will the Independence Day Throwback Beach Party and will be at Emerald Point Bar & Grill, located on the shores of Lake Travis. They are able to pull off doing this concert because it is a restaurant and not a venue. Vanilla Ice still has plans to perform. He doesn’t seem to think that he is doing anything wrong.

He isn’t the first one

Country artist Chase Rice also had a concert recently. A lot of people were upset when they saw the crowd without masks on and all close to each other. That didn’t stop Chase, though. He went ahead with the concert.

It is still up to people if they go to a concert or not.  There have been a few outbreaks of COVID-19 due to big gatherings such as parties and church. If someone at a concert is infected, it could end up causing a big rise in the number of cases. A lot of places are just not having them at all. Rascal Flats even canceled what was supposed to be their last tour.

Would you go to a concert with everything going on with COVID-19? Do you feel like Vanilla Ice is doing the right thing having this concert anyway? Share your thoughts in the comments below.