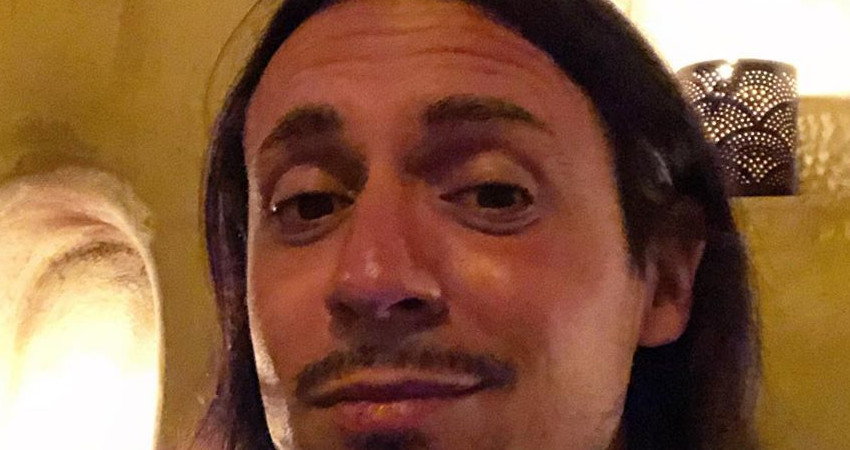 Despite being friendly with the main cast, Peter only makes occasional appearances on the show and at the reunions. He’s very rarely been the center of a storyline. The closest he’s come was at the start of Season 8 with Dayna Kathan’s denial that the two hooked up last season.

VPR’s Peter Madrigal is ‘Absolutely’ Ready For a Bigger Role

The VPR star is busy promoting his Celebrity Slots gaming venture. He spoke to Zack Peter on the #NoFilter podcast this week. Fielding a question about whether he’d be open for a bigger role, Peter said, “Absolutely.” But not so fast. While he “definitely” wants to return, he doesn’t want to “[Take] over the show.”

Peter is an original member of Vanderpump Rules, though never promoted to a full-time role. Ahead of Season 8, Bravo brought in a bunch of newbies, including Dayna, Max Boyens and Brett Caprioni.

Bravo let Brett and Max go last month after their past racist tweets came under fire again. Bravo also cut loose Stassi Schroeder and Kristen Doute for past racially insensitive behavior. With those four gone, there is plenty of room for Peter’s role to grow.

During the VPR Season 8 finale, Lisa Vanderpump got into it with Jax Taylor after Jax said VPR is his show.

Fans have been clamoring for Bravo to fire Jax for his past behavior, too. Bravo has yet to act on fans’ wishes, but unlike Jax, Peter knows his place.

He spoke out on the podcast about Lisa’s role on the show. Peter said, “You cannot replace Lisa. I’m sorry, no.” As he points out, the show bears her name.

“[…] It’s Vanderpump Rules for a reason, because Lisa is one fabulous woman.”

Despite his smaller role, he’s both a favorite of Lisa and the fans. In fact, this season’s reunion is the first one without Peter coming in at the end with a round of drinks. The Season 8 reunion was held virtually due to the coronavirus pandemic.

Peter is usually a mainstay at any VPR party. However, he reveals on the podcast that he did not get an invite to a small gathering in June. The party came after the Bravo firings. Jax, Stassi, Kristen Doute, and a few others gathered at Katie Maloney and Tom Schwart’s house. They were celebrating Stassi’s June 24th birthday, Us Weekly reports.

VPR’s Ariana Madix and Tom Sandoval were also there, as Ariana shares a birthday with Stassi.

Bravo has yet to announce what the future holds for Vanderpump Rules. If the show returns, Peter Madrigal is down for taking on a bigger role. Check back with us for updates.