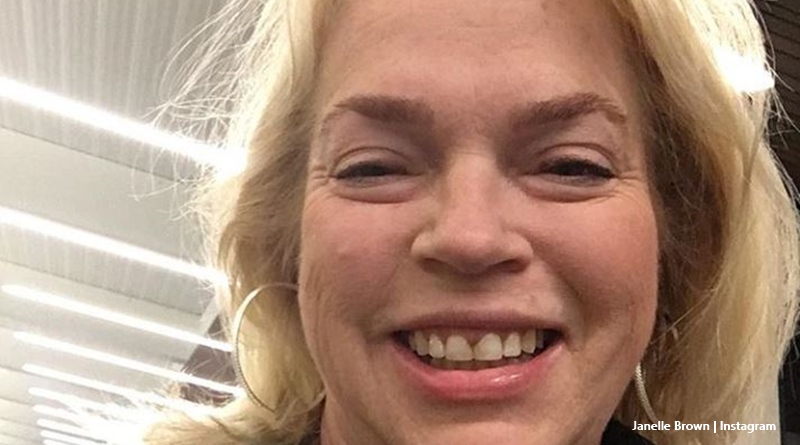 Sister Wives star Janelle Brown recently shared a lot of posts about her garden and herbs. Fans of the TLC show know that she enjoys cooking and trying new foods. Sometimes she shares about dining out, growing her own veg, or just cooking in her own home. Now, she shared about garlic. That sparked a conversation about masks that everyone should know about.

Taking to Instagram a few days ago, Janelle shared about “eating a garlic heavy lunch.” She mentioned that the smell gets a bit much when wearing a mask after eating garlic. Well, that’s easy to imagine as garlic tastes nice, but the odor lingers for ages. Janelle said that the next thing on her to-list is grabbing a bunch of “breath mints.” But, plenty of people cautioned her about that. It really seems that masks should come with a warning  that says, “Do Not Eat Mint.”

People advised the Sister Wives star to stay away from mints and masks. Some funny comments illustrated why. One fan wrote, “those mints…not with your mask on. It’s a true tearjerker if you do. My dermatologist thought I was having a breakdown till I explained.” Janelle thought that comment quite funny. But, it’s true. Another follower noted, “true story – popped a mint in my mouth while wearing a mask in the [car]. I had to pull over as the tears started running down my face ha ha.”

Mint and masks should stay far apart, fans think. Other examples mentioned include this one: “I learned that lesson with Mint gum during take off on the airplane. 😭.” Other dodgy items include lip chapsticks with mint. Then, people talked about cough drops causing a similar reaction. Wise in the ways of mint making people cry, gasp and generally look unstable while wearing a mask, some people made suggestions. A great idea from one fan noted, “Handy tip I got from a friend…a drop or 2 of essential oil on the mask works great! I tried it with mango essential oil and it just smelled like candy! You can use whatever oil scent you love. 😁”

Another Sister Wives fan suggested, “Frankie & Myrrh staying alive spray.” Actually, not only garlic smells become overwhelming inside a mask, but onions as well. Apparently chewing fresh parley also helps with odors like that. But unanimously, people agree that everyone should know masks and mint simply don’t belong together. Some people suggested she should remove her mask in the car. But if moving from one shop to another, that’s not really practical.

Realizing that wearing a mask after eating a garlic heavy lunch is a whole new experience 🤣. First order of business when running errands this afternoon – get breath mints.

Someone else also warned about Cheetos. They noted, “😂 Cheetos are dangerous for mask-wearing.” Actually, they might laugh, but tears in your eyes from mint seem like something everyone should know about mask-wearing. Do you agree? Sound off your experiences in the comments below.