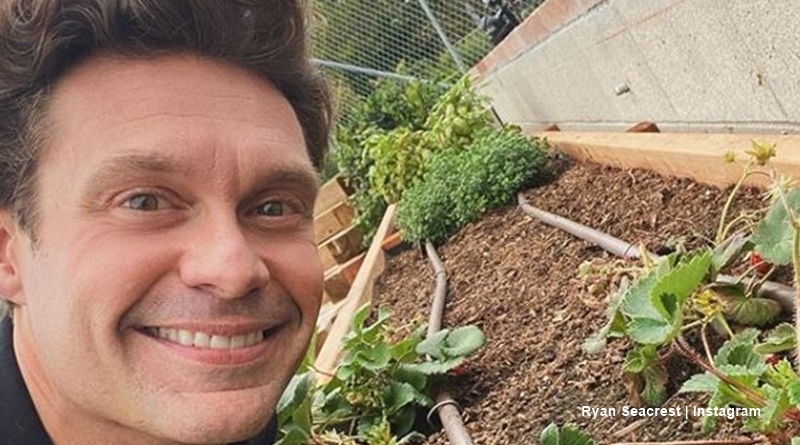 Ryan Seacrest fans grew very worried about the American Idol host on May 17. Some people thought he suffered from a stroke. But, he revealed he just suffered from exhaustion. He found some comfort with his girlfriend Shayna Taylor and they spent time during quarantine cooking together. That helped him find some work-life balance. But that seems over now. He and Shayna split again and this time to looks like a permanent situation.

Ryan and Shayna Taylor split for the third time

Shayna Taylor, a food blogger and chef, seemed like a nice enough person. Naturally, with her in his life, Ryan and Shayna spent lots of time in the kitchen. When he became exhausted running shows remotely, he said that she helped give him some balance in his life. That came out in an article by People in May. But now they split again, that’s history.  They already split up in the past and had a bit of an on-again, off-again relationship for eight years or so. Apparently, the latest split leaves them in a friendly relationship.

US Weekly reported that Ryan’s official rep broke the news. They said, “Ryan and Shayna decided to end their romantic relationship amicably some time ago.” Well, that’s rather interesting seeing that American Idol finale aired live just over a month ago. At the time, Ryan Seacrest coped with his exhaustion by sharing cooking duties with Shayna. So, it’s not clear how far back they actually split. Whenever it happened, Ryan’s rep noted that the couple “remain good friends.” Additionally, they support each other and “cherish their time together.”

With the easing of restrictions during the coronavirus, and Idol out the way, Ryan went on vacation in Mexico. Daily Mail UK reported he got spotted in Cabo San Lucas last week. He appeared to be with a “mystery blonde.” The photos show them holding hands on sun loungers and hanging by the pool. Similar in looks to Shayna, it’s not her. She also looks very similar to Kelly but a bit too far away to say for certain. Naturally, with the pictures emerging of what seems a rather close relationship, Ryan’s rep had to say something to stop media speculation.

Clearly, Ryan Seacrest fully recovered from his exhaustion that worried fans so much. Warm Mexico, a beautiful resort, and a hot blonde certainly seem like just the right thing to help him recover. Meanwhile, over on Instagram, Ryan’s fans speculate that Kelly from Live with Kelly and Ryan‘s rocking his boat these days. But, a fan confirmed the photo he shared a few days ago, is actually older than a year. One fan wrote, “I wish you two would just run away together already😁😍 it’s so obvious lately🤣.”

Back when oversized sunglasses were a trend that I couldn't pull off. #SunglassesDay

Well, it looks like Ryan already did a runner on Shayna to Mexico, but maybe not with Kelly. What do you think about Shayna and Ryan Seacrest splitting again? Is it the finale? Sound off in the comments below.