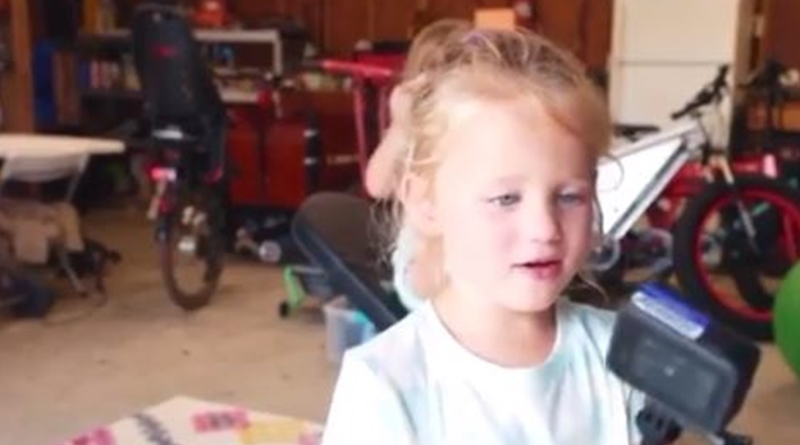 OutDaughtered on TLC brings the Quints in Quarantine episode on Tuesday. It’s going to be very different as the family filmed it themselves after the crew pulled out. It certainly seems that little boss girl Riley gets very involved in all of it. On his Instagram, Adam Busby described it as “The Riley Show.”

Adam Busby fans know he puts together some rather good videos for his YouTube channel. Often, when the season’s not on TLC, he entertains fans by sharing his own videos via It’s A Buzzworld. As he’s pretty good at it already, maybe the rest of the season ends up very good. Not all remote filmed shows work out great during the coronavirus. Luckily for Adam, boss baby quint Riley’s keen on everything. It seems from what he said that she stepped up to get the family into line for home filming.

On his Instagram, Adam shared a video and captioned it with, “This is the Riley Show Now! Tomorrow’s episode of @outdaughtered is the one that everyone has been waiting for.” Then, he explained fans see the “self shot episode from us during the lockdown.” The production crew left during the quarantine. Additionally, he reminded fans they should tune in on Tuesday 9/8c on @tlc. Well, the clip he shared showed that Riley got ahold of the camera. Excitedly, the OutDaughtered quint told her mom, “we’re gonna make our own TV show.”

Riley steps in for the production crew

The kids really seem adorable. Hazel’s busy looking for “love bugs” on the floor. Meanwhile, Lulu and Ava confuse everyone as to which is which. The kids seem excited as they “film whatever” they want. Riley’s in charge. In fact, put that down to nothing unexpected. Up for anything, the little girl always steps up and she’s very bright. Actually, of all the kids, it seems Riley missed going to school the most during quarantine. Perhaps, she missed the challenge of working with slightly older kids as she skipped a year at school.

Fans loved the clip and they can’t wait to tune in and watch the kids in their self-filmed episode. They love that Parker tried confusing Riley about which twin was which as well. One OutDaughtered fan said, “Riley, i’m with u, it’s almost impossible to distinguish eva and lulu😂😂.”  Fans adore all the quints, but Riley really gets admiration for her involvement in everything. One fan noted, “😂😂😂 Riley show!!! 👏👏👏she is great, in fact all !!!big XX Brazil💚💛.”

This is the Riley Show Now! Tomorrow’s episode of @outdaughtered is the one that everyone has been waiting for. The complete self shot episode from us during the lockdown while the crew was away. You don’t wanna miss it! TUESDAY 9/8c on @tlc #outdaughtered #itsabuzzworld

While fans express their excitement, they also feel a bit sad. OutDaughtered: Quints in Quarantine brings the season to an end. For many of them, the season’s simply way too short. Actually, it looks like they simply can’t get enough of Riley, Hazel, Ava, Olivia, Parker, and their big sister Blayke.