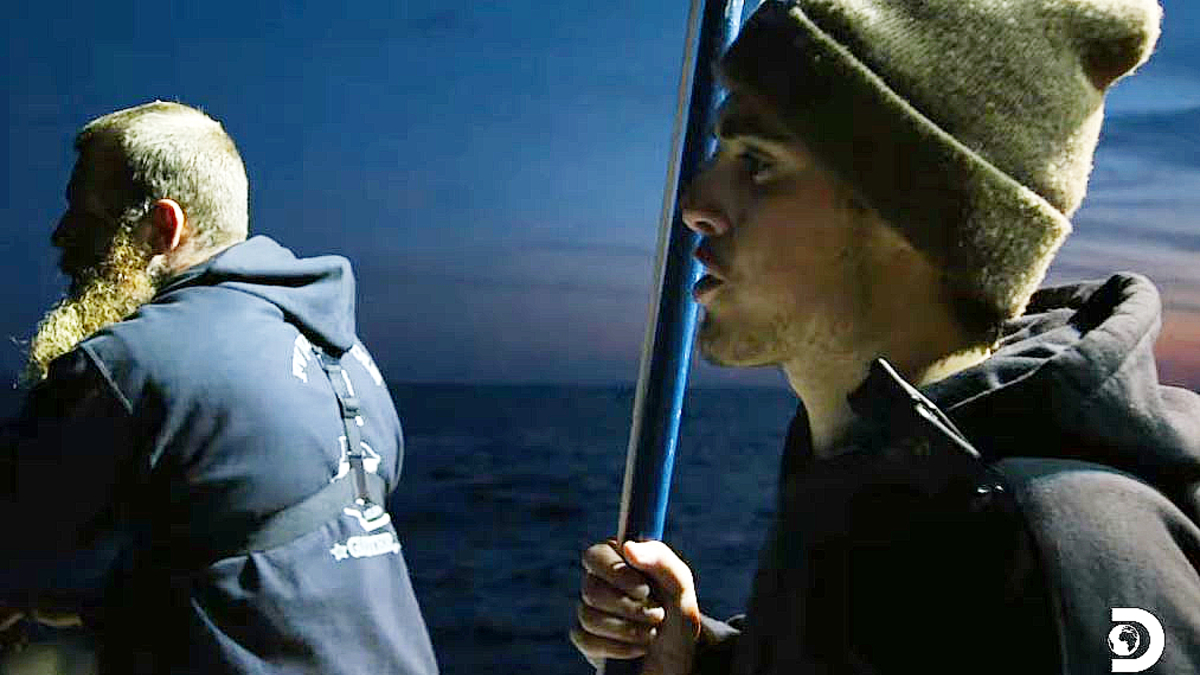 On tonight’s exciting All On The Line for Discovery, young captain and fisherman Danny Smith Jr. s working late, into the sunset and beyond as they all have a huge tuna on the line, and they are reeling him in.

The size of the fish and the fight it is putting up is the focus of TV Shows Ace exclusive clip.

In the action we see how much team effort and manpower is needed to haul in a tuna that could weigh over 1000 pounds.

The daylight is disappearing, adding even more danger and stress to the guys who just want to beg this fish and head to the docks, cash out and call it a day.

What happens on the All On The Line preview?

At the eleventh hour of the tuna season, baby is the real male 18 year old Danny Jr.s gamble to stick to his spot has finally paid off.

He says: “We call a Cinderella bite… you know sun was starting to go down, I’m pretty sure everybody in the boat it almost lost hope.”

But there’s just three hours left to lend their fish and get back to port.

They work hard putting in two harpoons and a gaffe line to get that fish up and on deck. Eduardo helps as Danny does not take any chances.

What else happens tonight?

A perfect storm hits Gloucester, as the struggle between man versus nature is caught on camera as Captains Johnny Johnson Jr. and Danny Jr. hunt for a final score.

With time running out, we see that Danny Jr. lands a jumbo tuna, a great fish worth a lot of money. This may save his family’s season, hence the urgency in their bid to get this tuna not matter what the cost.

Discovery Channel’s All On The Line are a small group of intrepid fishermen who are in it to win it, to the tune of $20,000 paydays at the dock.

The east coast has its own variety of tuna, and it is valuable just like the Pacific. The men of Gloucester, Massachusetts are fearless in their pursuit of this big dollar fish as they traverse waters known to change on a dime with weather and current.

Discovery Channel’s new reality series All On The Line follows two fishing boats who are in search of Atlantic bluefin tuna.

This hard to capture species of tuna is prized, a hot commodity and one of the most valuable fish in the world. Their prices go to the stratosphere, selling for as high as $20,000 per catch.

To avoid overfishing, these boats are allowed only one bluefin a day and must reel it in by hand. The guys that are doing it right have a way and a method that is fascinating to watch.

The cast of Discovery’s All On The Line

The Julia Nicole is a boat run by Dan Smith Sr. and his teenage son Danny Jr.

Pop is planning on handing over the business to his son. And, he’s only 18 years-old.

A former Grateful Dead roadie, Johnny Johnson, captains the other competing boat, the Subdivider. His dad holds the world record for biggest catfish ever caught.

Can these fisherman make the quota? Tune in tonight to see how whales are the “tell” as they track the hard to get bluefin tuna:

All On The Line airs Tuesdays 9 pm on Discovery.