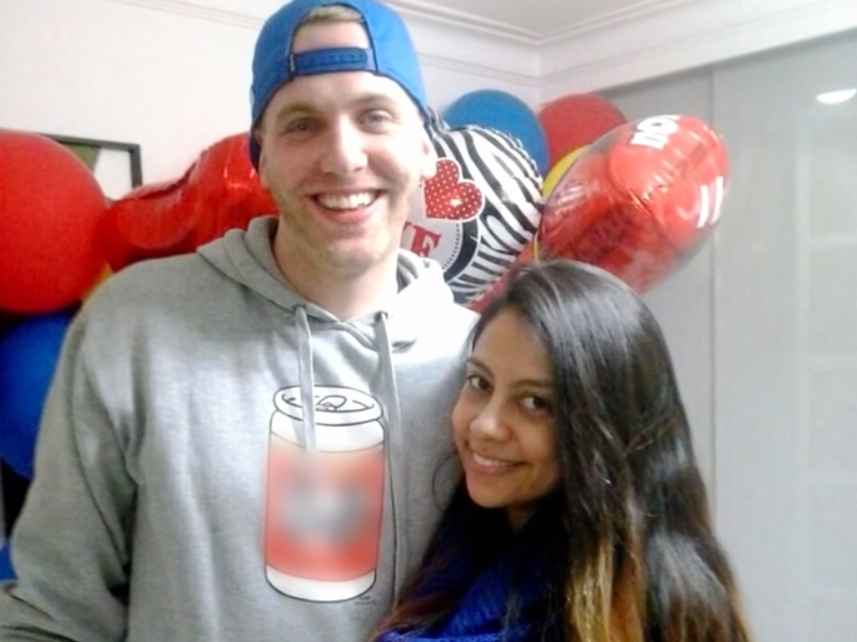 It turns out Tim Clarkson, who is appearing on TLC’s 90 Day Fiancé: The Other Way with Melyza Zeta, has a criminal record. It happened in the state of Iowa, where Tim was arrested for a DUI and charged with driving under the influence. Clarkson was taken into custody by the Johnson County Sheriff’s Office and was soon released.

According to documents obtained by In Touch, Tim Clarkson, 35, was arrested on January 3, 2015. The TLC reality star was charged with driving while under the influence of alcohol. According to the documents, it was Tim’s first offense.

At the time of the arrest, an officer with the Johnson County Sheriff’s Office pulled Clarkson over. The officer has noted Tim had been driving with an expired registration. However, as Tim is pulled over for the routine traffic stop, the officer notices something further. According to the documents, Clarkson has “bloodshot watery eyes and a strong odor of ingested alcohol.” Tim goes on to participate in the necessary PBT (preliminary breath test). It is found he has a BAC greater than the legal .08. Following this, the TLC reality star is taken into custody.

Clarkson is released some hours later. At his arraignment, he enters a plea of not guilty. However, in April that year, he does enter a guilty plea. He had to pay a fine and complete a 48-hour weekend Drunk Driving School certificate program at the Kirkwood Community College.

The Monday, June 29 episode of 90 Day Fiancé: The Other Way features Tim and his Colombian girlfriend, Melyza Zeta. On the show, Tim is set to document his journey. He is relocating from Texas to Medellin in Colombia, Melyza’s home town. The TLC reality stars meet while he is a student at the University of Iowa.

In a clip from Monday’s episode, Tim speaks about the first night he met Melyza. He is hanging out at a bar he is working at while in college. Tim admits he wasn’t the only guy trying to get Melyza’s attention. He says the other guys are “trying to spit their game” but he has none. Tim admits he is “incredibly goofy.” However, he thinks it is those qualities that ultimately won Melyza over.

As for Melyza, she is working as an au pair at the time. The bad news is she had to relocate to Boston a week later even though they hit it off. This is to take up another job as an au pair. Following this, the pair continues to date – but on a long-distance basis. The long-distance dating continues, even when Melyza returns home to Colombia a year later to continue her studies.

According to Tim, “Ultimately, you start wanting to plan and have a real future with somebody.” He says the distance was “just a wall that is impossible to get past.” Now they are together in Medellin, Colombia and Tim hopes their relationship will flourish there.

Keep up with Tim and Melyza’s romantic journey on 90 Day Fiancé: The Other Way on TLC Mondays at 9 pm ET.

‘The Flash’ Season 7 Premiere Delayed: When Will It Air?
How Does ’90 Day Fiance’ Star Mike Youngquist Bring In The Daily Bread?
‘Bridgerton’ Renewed For Season 2: Here’s What To Expect
Jessa Seewald Solves A Problem In Her Kids’ Room
Krystal Nielson Takes Big Step In New Relationship